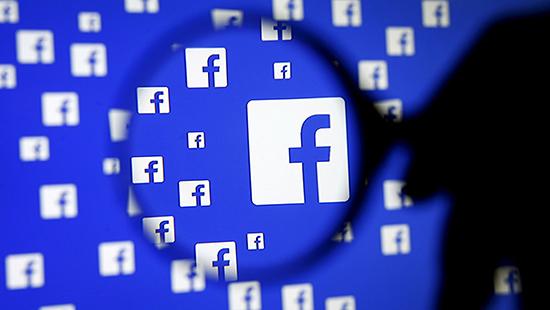 In an effort to contain misinformation and extremism that have spread across the platforms, Instagram and its parent company, Facebook, have banned Alex Jones, Infowars, Milo Yiannopoulos, Paul Joseph Watson, Laura Loomer, and Paul Nehlen under their policies against dangerous individuals and organizations. They also banned the Nation of Islam leader Louis Farrakhan, who has repeatedly made anti-Semitic statements.

Jones, Yiannopoulos, Watson, Loomer, Nehlen, and Farrakhan are all personally banned, as are any accounts set up in their likeness. But users may still praise those figures on Instagram and share content related to them that doesn’t violate other Instagram and Facebook terms of service. “We’ve always banned individuals or organizations that promote or engage in violence and hate, regardless of ideology. The process for evaluating potential violators is extensive and it is what led us to our decision to remove these accounts today,” a Facebook spokesperson said via email.

While Facebook had previously taken partial action against Jones, he and other extremists found a welcome home on Instagram, where they garnered hundreds of thousands of followers, making the platform fertile ground for conspiracy theories, misinformation, and extremist thought. As I reported in March, right-wing meme pages such as @the_typical_liberal and @unclesamsmisguidedchildren share Infowars content via IGTV, Instagram’s long-form-video hub. @the_typical_liberal has posted several videos and images claiming proof that the Christchurch, New Zealand, shooting was a “false flag.” Other Instagram accounts suggested by the platform falsely claim that Twitter CEO Jack Dorsey is secretly connected to the Clintons, who feed baby blood to George Soros, and that a new bill would “engrave Planned Parenthood’s abortion number” onto the back of all student-ID cards for girls over the age of 12.

The company has also failed to crack down on anti-vaccine content, despite repeated promises to limit its reach. In March, I found that a quarter of the top posts with the #vaccines hashtag contained anti-vaccine messaging. And more than two months later, a Business Insider investigation found that anti-vaccination hashtags and memes were still thriving on the platform.

Josh Russell, a misinformation and extremism expert, posted a Twitter thread on Wednesday outlining all the ways Instagram has failed to contain Russian misinformation campaigns. Instagram has become the Internet Research Agency’s “go-to” social network, according to Wired, and in the lead-up to the 2018 midterms, thousands of Americans were following Russian-backed accounts intent on sowing division. “A lot of current right wing instagram accounts listed russian instagram accounts as partners in their posts and you can use that to run across tons of stuff made by the russians still on IG right now,” Russell tweeted.

Simply by following Instagram’s suggestions, Russell was recommended 240 Instagram pages posting misinformation. Looking at one QAnon page resulted in suggestions for 12 more. Liking and engaging with even borderline-extremist content on the platform results in recommendations for more extreme content. Just last week, Instagram recommended that I follow Yiannopoulos and Jones after I liked and followed many right-wing meme pages. Russell also noted that more than 30 white-nationalist pages flagged to Facebook and Instagram last month are still up. “One would think that Instagram would bother to halfway try to clean this stuff up,” he tweeted, “but it’s all still there.”

Banning these extremist figures is a step toward stricter moderation of extremist views, but time and again, we’ve seen that the internet’s worst actors always find new ways to exploit platforms. For instance, after Instagram promised to ban anti-vaccine hashtags such as #vaccinescauseautism, anti-vaxxers simply developed new hashtags by changing a letter or adding a word.

This week, Facebook announced an entire redesign of the platform focusing on Groups, in an effort to give users more private spaces. Facebook is “using people’s understandable anger over the company playing fast and loose with their personal data to push a ‘privacy’ focus which is just a fancy way to hide the other big problem on the platform and evade journalists and watchdogs,” the NBC journalist Brandy Zadrozny tweeted upon Facebook’s Groups announcement. “There are very nice groups … but some are also very very dangerous and make the world worse.” One recent investigation found dozens of Facebook groups dedicated to the Pizzagate conspiracy theory. Joining just one of those groups resulted in recommendations for more conspiracy-theory groups.

The environmental cost of conflict