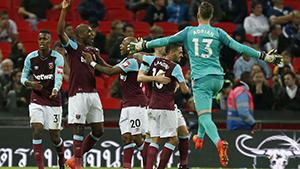 The West Ham United Official Fan Token will, according to the London-based club, be launched in August in time for the new football season and is a joint venture with Malta-based socios.com.

Marketed as a “first-of-its-kind mobile app for football fans,” Socios is actually a cryptocurrency voting platform that requires fans to first purchase the platform’s native crypto “$CHZ” token before being given access to buy the club tokens.

Mediarex, a Malta-based fintech and sports company, launched the $CHZ token in 2018 through a private token sale that it says raised more than $65 million. Mediarex said at the token launch that Socios is “the world’s first fan engagement and fan monetization platform for the football industry” and before the West Ham announcement, two European giants – Paris Saint-Germain from France and Juventus from Italy – had already signed up to the network.

West Ham claim the platform will “give fans the best experience possible, whether they live within a mile of the stadium or thousands of miles away,” and made the announcement shortly after another English club, Liverpool, had been forced to issue a denial it was also getting involved in cryptocurrencies.

Justin Sun, CEO of publicity-hungry Chinese crypto enterprise Tron took to Twitter last week to announce that his platform had been invited to form “a partnership” with Liverpool.

It’s not the first time that English football brands and stars have been linked with Asian crypto businesses and the club got inundated by follow-ups from crypto media sites, and was forced to deny the partnership. One club spokesman said Liverpool had possibly contacted a number of blockchain businesses to “better understand” the sector. Sun and his staff continued to take to Twitter, however, to argue that there had been no misunderstanding.

Meanwhile, Jesse Powell, founder of US-based cryptos exchange Kraken, offered a possible explanation for the mix-up. “I think we all got spammed with the same sales pitch,” wrote Powell. “I get 100 of these a day.”