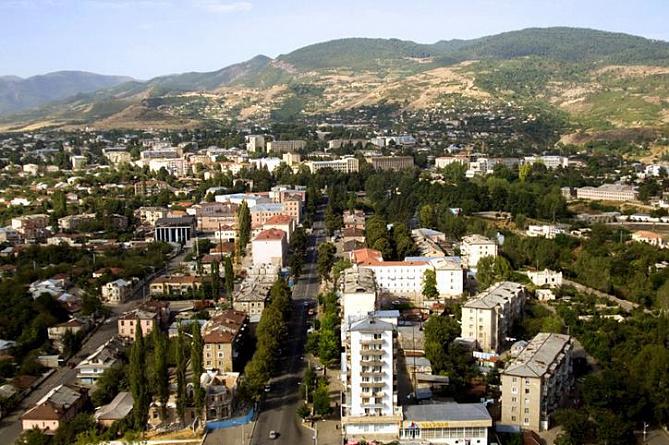 YEREVAN, May 4, /ARKA/ In comments on Russian Foreign Minister Sergey Lavrov’s recent statement that Russia supports the exchange of prisoners on the principle of “all for all”, which, he said contributes to confidence-building in the conflict zones, Artak Nersisyan, the press officer for the Artsakh Republic (Nagorno-Karabakh) Foreign Ministry, said during the years of the interstate conflict between the Republic of Artsakh and Azerbaijan, with the consent of official Stepanakert, there were cases of mutual release of prisoners of war and hostages on the principle of “all for all”.

As an example, he noted that in May 1996, at the initiative of the Russian side, Artsakh, Armenia and Azerbaijan carried out an exchange of prisoners of war and hostages on the principle of “all for all”.
Artsakh and Armenia handed over 71 people to Azerbaijan, and the Azerbaijani side handed over 39 people to Armenia.

He said that at the same time, it should be stressed that the majority of the Armenian hostages transferred by Azerbaijan had nothing to do with the Azerbaijan-Karabakh conflict. There were people among them who had been in transit through the territory of Azerbaijan and had been taken hostage there. We can note as an example the case of two citizens of Georgia of Armenian origin, Vilik Oganezov and Artavaz Mirzoyan, who were taken hostage at Baku airport.

The case was reviewed by the UN Working Group on Arbitrary Detention. In its decision of September 28, 1993, No. 31/1993, the UN Working Group noted that their detention had no legal basis and was in violation of the Universal Declaration of Human Rights and the International Covenant on Civil and Political Rights.’

‘It should be also noted that during the years following the exchange on the principle of “all for all” in May 1996, the Azerbaijani servicemen, who were taken prisoner as well as the civilians, who accidentally crossed the border, upon their consent and through the mediation of the ICRC were unilaterally handed over to Azerbaijani side by Artsakh authorities.

Since there are neither prisoners of war nor hostages in Artsakh to date, Stepanakert is not the addressee of this proposal. We are deeply convinced that the issue of prisoners of war and hostages must be resolved strictly in line with the norms of international humanitarian law. The principle of “exchange of all for all” proposed by the Azerbaijani side is an artificial agenda created by Baku in violation of the Geneva Conventions and their Additional Protocols.’

In November 2018, Azerbaijan suggested exchanging prisoners on the principle “all for all” proposing to exchange Armenian citizens Arsen Bagdasaryan, Karen Ghazaryan and Zaven Karapetyan for Azeris Dilgam Askerov and Shahbaz Guliyev, convicted in Artsakh for a series of crimes, in particular, for kidnapping and the killing of a minor on the grounds of national hatred committed on the territory of the Artsakh Republic.

Armenia had previously rejected the idea, noting that there are no Azerbaijani prisoners on the Armenian side, but on March 15, an Azerbaijani citizen Alvin Arif Oglu Ibragimov, born in 1986, crossed the border into Armenia. An investigation is now underway in Armenia to find out whether he is a saboteur or a stray civilian.

In July 2018, under unknown circumstances, Karen Ghazaryan, a resident of the village of Berdavan, Tavush region of Armenia, appeared in the territory of Azerbaijan. Most likely, he got lost, but in Azerbaijan he was considered a saboteur. On February 27, he was sentenced to 20 years in prison.