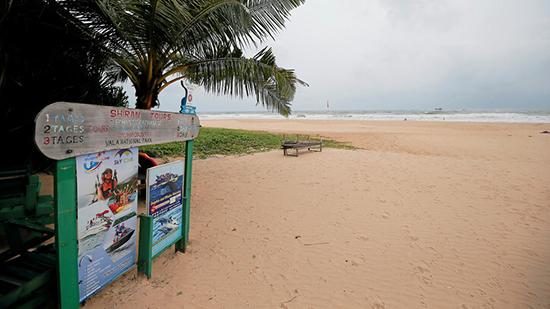 Recent terror attacks delivered a huge blow for the Sri Lankan tourism industry, President Sirisena said, as the country is still on high alert after the Easter bombings in hotels and Christian churches killed over 250 people.

As fears mount over the possible new terror attacks in Sri Lanka, the country’s authorities admit foreign tourists are ditching the island for alternative destinations.

“It’s a big blow to the economy, as well as the tourism industry,” Sri Lankan President Maithripala Sirisena said on Sunday as quoted by Reuters. Cancelation rates at hotels throughout the island reached 70 percent while figures in the principal city Colombo are even more grave, Sri Lanka’s Tourism Bureau Chairman Kishu Gomes told Reuters, depicting the whole state of affairs as “worrying.”

Earlier research suggested that as many as 86.2% of existing bookings to Sri Lanka hotels were canceled during the three days after the deadly blasts on Easter Sunday, according to the Forward Keys consultancy.

For the past 10 years, Sri Lanka had been experiencing a tourist boom as travelers were attracted by long stretches of sandy beaches, historic temples, and rich wildlife. Alone in 2017, the tropical island was visited by over 2 million people as tourism revenues constituted 4.5% of the national GDP.

Sri Lanka, which has enjoyed years of relative peace since the end of the civil war a decade ago, became a top travel destination in 2019, according to Lonely Planet. Despite the current spike in violence, officials maintain the country is still capable of restoring the lost ground. “For the economy to develop, it’s important tourism returns to where it was before the attacks,” President Sirisena said.

The blasts on Easter Sunday, which targeted worshipers in Christian churches and guests of luxury hotels, claimed the lives of 42 foreigners, among others. While the investigation is still in progress authorities warn of another wave of attacks possibly by people disguised as military.