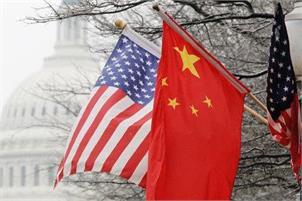 BEIJING (Reuters) – China’s central bank said on Monday it will cut reserve requirement ratios (RRRs) to release about 280 billion yuan ($41 billion) for some small and medium-sized banks, in a targeted move to support companies struggling amid an economic slowdown.

The amount of cash released by the latest cut would be one of the smallest from any of the RRR cuts since January 2018.

The People’s Bank of China (PBOC) said in a statement that the reduction will come into effect on May 15. The funds will be used for loans to small and private companies.

The central bank said it will cut the RRR for about 1,000 rural commercial banks operating in counties to 8 percent, equal to the RRR for smaller rural credit cooperatives.

The move will help lower funding costs for small and micro firms, the PBOC said.

Small and medium-sized banks currently have RRRs ranging from 10 percent to 11.5 percent.

The PBOC has cut the RRR five times in the past year, lowering the ratio to 13.5 percent for big banks and 11.5 percent for small-to medium-sized lenders.

Just hours earlier, Trump issued a series tweets in which he complained that trade talks with China were proceeding “too slowly”, and that he would raise tariffs on $200 billion of goods to 25 percent on Friday from 10 percent.

His comments upended markets that had been enjoying a period of calm thanks to signs of robust growth in China and the United States, and from previous comments from Trump and other senior U.S. officials that trade talks were going well.

Some analysts believed the PBOC was seeking to reassure investors unnerved by Trump’s latest comments.

“I think it is a move to calm the market, to offset the impact from the trade talks, telling you that ‘I can give some stimulus during the most difficult times, but I will not give too much’,” said Zhou Hao, analyst at Commerzbank in Singapore, adding that the PBOC’s targeted cut showed Beijing’s resolve to keep its debt level in check.

“Beijing has been sounding less dovish over the past two weeks. We believe a worsening of the trade conflict between the US and China will evoke another dovish turn by Beijing, especially on its monetary easing stance,” Ting Lu, chief China economist at Nomura in Hong Kong, wrote in a note.

Economists had expected further targeted cuts on the RRR this year as Beijing seeks to underpin growth. The State Council, or cabinet, said on April 17 that a policy framework would be set up to implement relatively low RRRs for small- and medium-sized banks.

The PBOC is likely to cut RRRs for small banks to encourage more lending to small and private firms – which are vital for economic growth and job creation – policy insiders told Reuters previously, who penciled in at least one such “targeted” RRR cut this year.

Commerzbank’s Zhou said the PBOC announcement showed Beijing has made preparations in the event that the trade talks fail.

“I think the market had underestimated China’s determination to deleverage, while overestimating China’s willingness to reach a trade agreement,” he said.

China’s Vice Premier Liu He, who was scheduled to meet U.S. officials in Washington for further trade talks this week, is “very unlikely” to go after Trump’s tariff “threat”, editor-in-chief of China’s Global Times newspaper said on Monday.