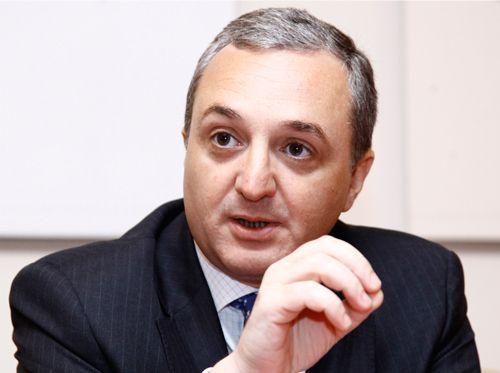 Armenia hopes Israel will recognize the Armenian genocide but it’s not a precondition for the improvement of relations between the two nations, Foreign Minister Zohrab Mnatsakanyan said in an interview with The Jerusalem Post.

“Our two peoples have so much in common: suffering, rich histories and cultures,” he said.

“We have a great history and civilization. We have an enormous sense of national identity and pride, so we can work together in so many fields of economy, agriculture, hi-tech, tourism, direct flights, health culture, education and so on and so forth,” the Foreign Minister noted.

Mr. Mnatsakanyan added that Israel’s relations with Azerbaijan, including selling of weapons to its army “remains an issue of great concern for us on several counts.”

“Israel’s arms trade is a weapon of death for our people. We have been witnessing the use of such weapons against our people. We have losses because of your weapons that are used against us. We are a security conscious nation and are highly confident in our capacity to defend ourselves, and you will understand very well what that means,” Armenia’s top diplomat noted.

“We are very insistent that building relations with one partner will not be at the expense of another partner. But we also expect that all our partners will do the same. We are also very sensitive to the sensitivities of our partners,” he stressed.

Asked about Israel’s refusal to properly characterize the events of 1915 as genocide, the Foreign Minister said: “It’s not a matter for me to be surprised. I represent a nation that still faces the pressure of justice denied over 105 years. My people are victories because we were supposed to be wiped off the face of the earth.”

“The question of denied justice is about humanity. It is for Israel to decide whether to recognize [the Armenian genocide] or not. It is not about Armenia, it is about Israel. It is our collective duty nowadays to reduce the risk of genocide and atrocities,” Zohrab Mnatsakanyan stated.