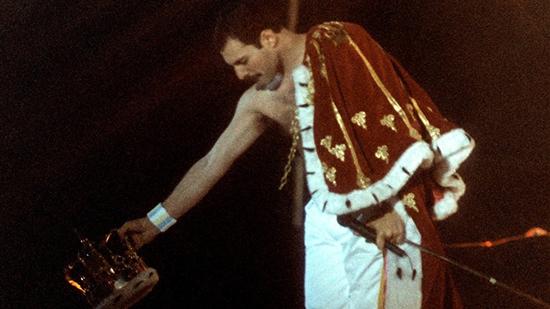 The combined wealth of rock legends Queen has topped that of the British monarch, overtaking their royal namesake by almost $100 million after the success of the recent Bohemian Rhapsody film, the new Sunday Times Rich List shows.

The three living members of the legendary band – guitarist Brian May, drummer Roger Taylor and former bass guitarist John Deacon – are believed to have added £25 million (nearly $33 million) each to their pile last year. This brings their total fortune to £445 million (more than $586 million).

Meanwhile, Queen Elizabeth’s wealth is estimated to be £75 million less than the rock band’s total, standing at £370 million ($487 million), according to the Sunday Times list, the full version of which will be published next week.

The 93-year-old monarch topped the list for five years until 1994, when new criteria were introduced. The updated rules excluded the Crown Estate and royal art collection from her assets as she does not have control over them.

The music trio are thought to have benefited from the box office success of Bohemian Rhapsody. The movie, centered around the life of the band’s deceased frontman and songwriter, Freddie Mercury, has reportedly surpassed ticket sales of $900 million and is heading towards $1 billion.

Apart from making Queen box office champions, the award-winning biographical film has also given a new life to the band’s hits as their music returned to the charts after the premiere. The rockers still earn royalties from their songs, with Bohemian Rhapsody recently crowned the most-streamed song of the 20th century.