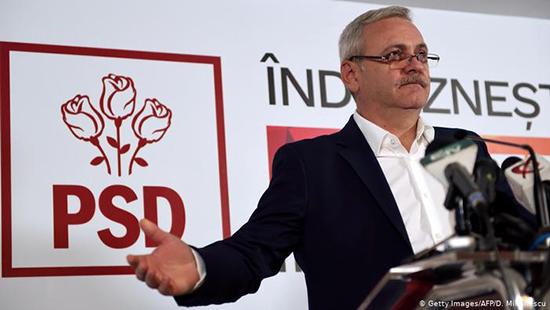 The Party of European Socialists wants to distance itself from its Romanian comrades — but there’s still no consensus over how to do so. This hasn’t done any favors for the party’s credibility, writes Robert Schwartz.

Anyone who had hoped that the Party of European Socialists (PES) would finally unleash the full force of its proletarian displeasure on its Romanian comrades must now be disappointed by the political group’s relative inaction.

This is despite the fact that for over two years, Romania’s governing Social Democratic Party (PSD) has taken every opportunity to abolish constitutional democracy and bring the judiciary under its control. It has been fighting for amnesty for high-ranking politicians convicted of corruption, in particular for party leader Liviu Dragnea.

The PSD has also whipped up public opinion against the former head of the Romanian anti-corruption authority, Laura Codruta Kovesi, considered the front-runner to lead a new EU office fighting fraud. And some of the party’s policies are openly hostile to LGBTQ+ people and other marginalized minority groups.

No, the PSD has not (yet) been excluded from the PES. Nor has it been suspended, as the European People’s Party (EPP) recently decided to do with Hungary’s right-wing Fidesz, led by Prime Minister Viktor Orban.

Relations with the PSD will merely be “frozen” for the time being. Candidates from center-left parties across the continent will not appear with PSD politicians in the run-up to the European Parliament elections at the end of May: There will be no election rallies, no panel discussions, no TV appearances with the pariahs from southeastern Europe.

Criticism from all sides

The future of the PSD looks far from rosy. In a special debate in the European Parliament in mid-April, the PSD-led government’s repeated attacks on the constitution were once again roundly condemned.

There was also criticism from German Justice Minister Katarina Barley, the Social Democratic Party’s lead candidate in the elections for the European Parliament, who declared that there would be consequences for the PSD. These weren’t long in coming: Almost simultaneously, the head of the PES, Sergei Stanishev, announced the freeze in relations — a largely symbolic move, at least at this stage.

It can’t have been an easy step for Stanishev, a Bulgarian social democrat. He’s all too well aware that his own party, the Bulgarian Socialist Party (BSP), is in the same boat as its Romanian neighbors. The BSP is currently in opposition in Sofia, but corruption affairs from Stanishev’s time in office as Bulgaria’s prime minister from 2005 to 2009 cast a long shadow.

Realpolitik instead of consequences

By now, it should be clear to every last European Parliament backbencher that parties must cut ties with national parties that do not work toward the common good. European democracy is at stake. Those who don’t take action are trampling the European values that are — rightly — held in such high esteem. Political allegiances cannot be allowed to play a part.

And yet, the PES intends to wait until June to discuss whether to unfreeze relations with the PSD or permanently separate. Why only in June? Because the whole process depends on the result of the European elections in May.

The parliamentary group to which the PES, and thus also the PSD, belong — the Socialists & Democrats — is optimistic about the elections. It’s hoping that its top candidate, Frans Timmermans, currently a vice president in the European Commission, will take the presidency. Every vote counts, even if cast by the pariahs of the family.

It’s only when this calculation no longer works out in its favor that, chastened, the PES will be able to pay attention to its credibility and find a way to separate from the PSD, which has long since left social democratic values behind and become a hotbed of corruption. It doesn’t exactly show commitment — but that’s realpolitik.