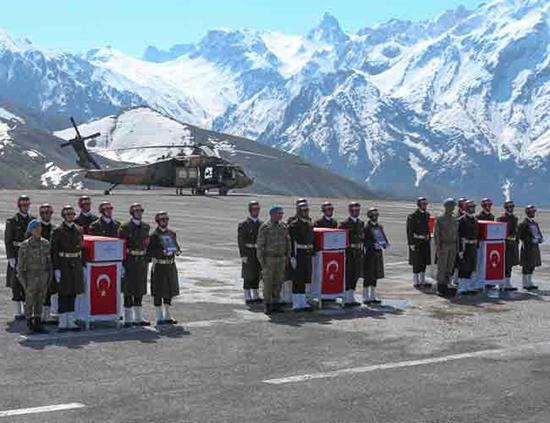 Three Turkish soldiers were killed and one was injured in an attack by the outlawed PKKmilitants in southeastern Turkey on May 4, the National Defense Ministry said.

An operation was launched in the area to apprehend the assailants.

PKK is listed as a terrorist organization by Turkey, the U.S. and the European Union.