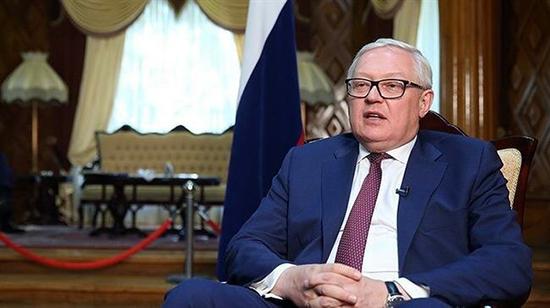 Russia has vowed to expand cooperation with Iran, including in the field of peaceful use of nuclear energy, despite US threats of sanctions.

Referring to US sanctions that have been in place against Russia since 2012, Ryabkov said, “It is clear that over this period there has been a serious adaptation to this illegal trick by the United States.”

He said Tehran has an even bigger experience on how to live under the US sanctions.

“Therefore, we perceive threats of this kind calmly; we do not succumb to blackmail and we will systematically expand and develop our cooperation with the Islamic Republic of Iran, including in the atomic energy sector in full compliance with international law and the national legislation of our countries, regardless of what US colleagues are undertaking, realizing, as they believe, their right to the extraterritorial application of their national legislation,” Ryabkov stressed.

His remarks came after the US Department of State warned Friday that sanctions would be imposed on the countries that provided assistance to expanding Iran’s Bushehr nuclear power plant.

In 1992, Iran reached a deal with Russia on the first phase of the Bushehr project. Russia and Iran signed a number of documents in November 2014, expanding cooperation in the field of peaceful use of atomic energy and opening the possibility of construction in Iran of up to eight power units.

President Donald Trump withdrew the US in May 2018 from a multilateral nuclear accord, officially known as the Joint Comprehensive Plan of Action (JCPOA), which was reached between Iran and six world powers in 2015. Afterwards, Washington reimposed unilateral sanctions on Iran that had been lifted under the deal.

Last month, Trump decided not to renew the waivers when they expire on May 4.

China has also slammed US pressure and vowed to keep buying oil from Iran, with other nations, including Turkey, India and South Korea calling on Washington to reconsider its stance and renew the exemptions.