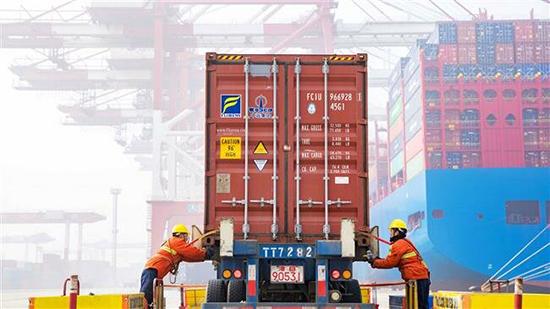 President Donald Trump threatens to impose tariffs on nearly all of the US-headed Chinese products, while announcing a dramatic increase in the tariffs, which are already in place.

On Sunday, Trump said tariffs on $200 billion of goods would increase to 25 percent from 10 percent as soon as Friday, reversing a decision he had made in February to keep them at the 10 percent rate.

The president also said he would target a further $325 billion of Chinese goods with 25 percent tariffs “shortly,” essentially targeting the entirety of the Chinese commodities.

The threat, which came despite reported progress in recent negotiations aimed at winding down the trade war between Washington and Beijing, is intended to force a bilateral trade deal.

Washington expects Beijing to cure the trade imbalance between the countries and implement structural changes in its practices concerning intellectual property and transfer of US technology to Chinese firms.

“The Trade Deal with China continues, but too slowly, as they attempt to renegotiate. No!” Trump quipped in a tweet, although US Treasury Secretary Steven Mnuchin had described last week’s negotiations in Beijing as “productive.”

Also on Sunday, The Wall Street Journal reported that China was considering canceling this week’s trade talks in Washington in light of Trump’s comments. The editor of China’s The Global Times likewise said Vice Premier Liu He was “very unlikely” to go to the US this week. “Let Trump raise tariffs. Let’s see when trade talks can resume,” Hu Xijin tweeted.

US Trade Representative Robert Lighthizer also reported that China was pulling back from some commitments it made previously during negotiations.