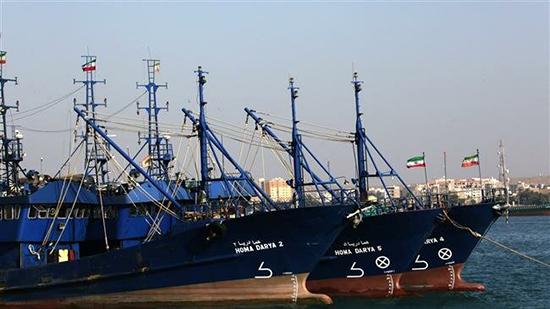 The administration of US President Donald Trump will announce new sanctions on Iran this coming week, a report says.

The sanctions are expected to be announced on Wednesday, May 8, which marks the one year anniversary of Trump’s withdrawal from the Iran nuclear deal.

The new sanctions are meant to have significant impacts on a new sector of the Iranian economy, Axios reported Sunday, citing two senior administration officials.

The officials, however, did not elaborate on the sector the sanctions would target, but did say it would not be energy, the news outlet added.

This comes as The Wall Street Journal reported last week that the US would impose new sanctions on the Islamic Republic, targeting its petrochemical sales.

The Trump administration also imposed sanctions on Iran’s export of enriched uranium on Friday but at the same time renewed three key waivers that would allow European allies, Russia and China to cooperate with Tehran on civil nuclear program.

“Any involvement in transferring enriched uranium out of Iran in exchange for natural uranium will now be exposed to sanctions. The United States has been clear that Iran must stop all proliferation-sensitive activities, including uranium enrichment, and we will not accept actions that support the continuation of such enrichment,” the State Department announced in a statement.

Also on April 22, the US administration said in a statement, in a bid to reduce Iran’s oil exports to zero, buyers of Iranian oil must stop purchases by May 1 or would face sanctions.

Last year, the US president withdrew Washington from the Joint Comprehensive Plan of Action (JCPOA), which was reached between Iran and six world powers in 2015. Afterwards, Washington re-imposed unilateral sanctions on Iran that had been lifted under the deal.