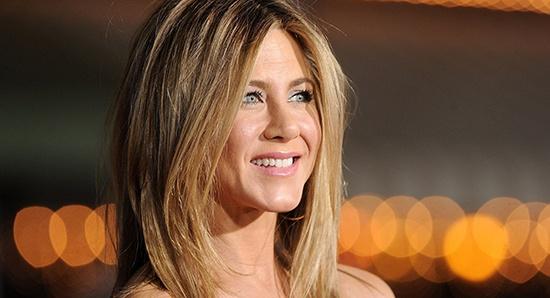 Throughout her career the former “Friends” star has been viewed as a Hollywood sex symbol and style icon, with US Men’s Health once giving her the number one spot in its Top 100 list of the hottest women of all time.

Jennifer Aniston, who celebrated her 50th birthday just three months ago, has once again proved that age is just a number: the Hollywood actress has posed topless in a smoking hot photoshoot for the Harper’s Bazaar June/July issue.

Covering her bare chest with her arm and rocking Hermes shorts with Gianvito Rossi heels in the black-and-white photo, the We’re the Millers star looked better than ever.

In an interview with her “First Ladies” co-star Tig Notaro for Bazaar, Aniston revealed that she has no problem stripping off for a sexy pic:

“It felt completely normal. I think our bodies are beautiful, and I think celebrating them and being comfortable in them—no matter what age you are—is important. There shouldn’t be any kind of shame or discomfort around it”.

Unsurprisingly, Aniston’s sultry photoshoot has set social media afire, with many saying that it seems like she doesn’t age:

god is indeed a woman and her name is jennifer aniston pic.twitter.com/xK2WMBN2Yu

Does Jennifer Aniston age? I would so marry her right now

1000% percent sure that Jennifer Aniston does not age

The actress, who split with her husband Justin Theroux last year, has also opened up about her private life, saying that her busy schedule is keeping her occupied, but it doesn’t mean that when “love comes knocking”, she’s not going to welcome it.