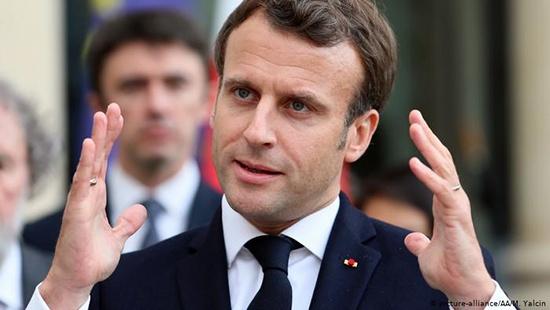 French President Emmanuel Macron wants to halt the alarming rate of biodiversity loss by making France greener. He said the “very possibility of having a habitable Earth” was at stake.

French President Emmanuel Macron said Monday his government would step up its efforts to protect biodiversity after he met scientists who warned that increasing biodiversity loss was as big a threat to humans as climate change.

“What is at stake is the very possibility of having a habitable Earth,” Macron said after the meeting of the Intergovernmental Science-Policy Platform on Biodiversity and Ecosystem Services (IPBES) in Paris.

What is Macron planning?

In a report released earlier on Monday, the IPBES said the work of some 450 experts showed that around a million species were at risk of extinction, a prospect that would “undermine our ability for poverty reduction, food and water security, human health and the overall goal of leaving nobody behind.”

Macron said he would present a climate initiative at a meeting of European Union leaders this week in Romania.

“We are in the process of forming an alliance on this issue,” Macron said.