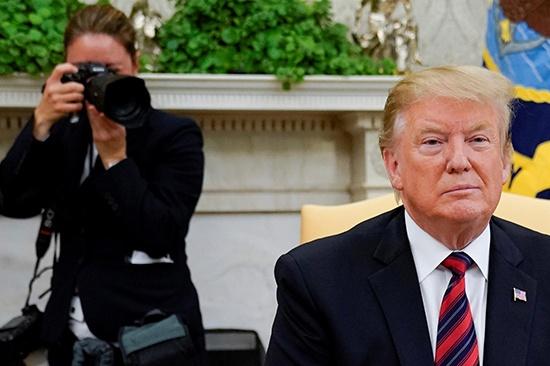 President Donald Trump dramatically increased pressure on China on May 5 to reach a trade deal, saying he would hike U.S. tariffs on $200 billion worth of Chinese goods this week and target hundreds of billions more soon.

The move marked a major escalation in tensions between the world’s largest economies and a shift in tone from Trump, who had cited progress in trade talks as recently as May 3.

Stock markets sank and oil prices tumbled as negotiations were thrown into doubt.

The Wall Street Journal reported that China was considering canceling this week’s tradetalks in Washington in light of Trump‘s comments, which took Chinese officials by surprise.

A less than rosy update from United States Trade Representative Robert Lighthizer, including details that China was pulling back from some previous commitments, prompted Trump‘s decision.

“The Trade Deal with China continues, but too slowly, as they attempt to renegotiate. No!” Trump said in a tweet.

U.S. officials did not weigh in on whether China would attend this week’s talks. The White House and the U.S. Trade Representative’s Office declined to comment. China‘s commerce ministry did not immediately respond to a request for comment.

“The atmosphere of the negotiations has changed,” said a Chinese official with knowledge of the situation.

Whether the talks would proceed and how they would proceed are issues that are now being re-evaluated, the official told Reuters on condition of anonymity.

“All that depends on the attitude of the United States,” the official said.

The editor of an influential, Chinese state-run newspaper said Vice Premier Liu He was unlikely to go.

Global financial markets, which had been expecting news of a trade deal soon, went into a tailspin. U.S. equity futures fell more than 2 percent and stocks across trade-reliant Asia tumbled, with China‘s main indexes plunging 5 percent.