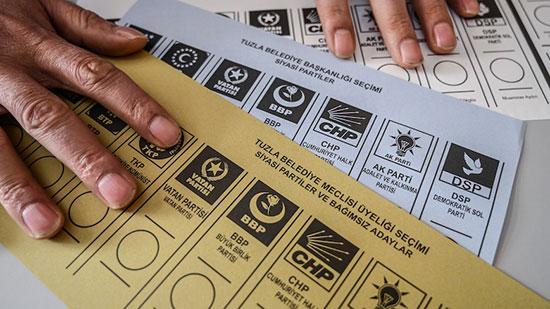 ERBIL (Kurdistan 24) – Turkey’s electoral body on Monday ruled in favor of a re-do of local elections in the city of Istanbul.

Turkey’s Supreme Election Council (YSK) made the announcement following an evaluation of poll results in the city. The YSK has set June 23 as the date for a re-run of elections in Istanbul.

The move came after an appeal by Turkish President Recep Tayyip Erdogan’s leading Justice and Development Party (AKP) to annul the results and hold a re-run after the main opposition Republican People’s Party (CHP) won Turkey’s two biggest cities – Ankara, the country’s political capital, and Istanbul, its financial capital – in the March 31 vote.

The AKP has governed Istanbul, where President Erdogan began his political career, since the 1990s, while it has prevailed in Ankara for the same period of time: a quarter of a century.

Erdogan’s party alleged fraud in the ballot box as the Turkish president called the counting process observed by all parties and YSK “marred by organized crime.”

The YSK said the decision was made after it determined that some supervising officers and polling staff, who were supposed to be civil servants according to Turkish law, had served during the elections, state-run Anadolu Agency reported.

It also said the CHP’s mayoral candidate, Ekrem Imamoglu – who had been officially confirmed as the new mayor of Istanbul in April – had his mayoral certificate canceled by the council.

The CHP success was due, in part, to a decision of the pro-Kurdish People’s Democratic Party (HDP), to urge its supporters to vote for the CHP in areas where the HDP, itself, was not likely to succeed.