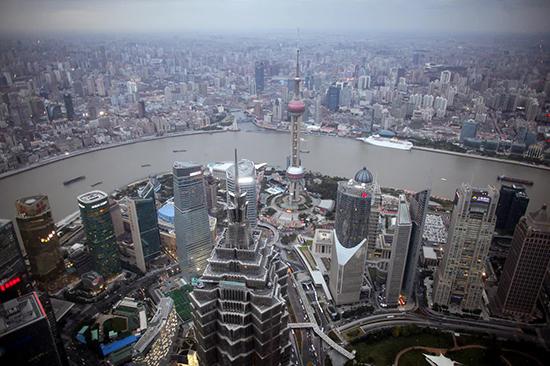 The swift deterioration in negotiations between the world’s two largest economies hit global financial markets as investors faced the prospect of an escalation rather than an end to a 10-month-old trade war.

Trump tweeted on Sunday that he would raise tariffs on $200 billion worth of Chinese goods to 25 percent from 10 percent by the end of the week, and would “soon” target the remaining Chinese imports with tariffs, sending stocks and oil prices lower on Monday.

U.S. Trade Representative Robert Lighthizer, who has been an advocate for tough structural changes in China, said Beijing had reneged on commitments it had made previously that would have changed the agreement substantially.

“Over the course of the last week or so we have seen … an erosion in commitments by China,” Lighthizer told reporters. “That in our view is unacceptable.”

Chinese Vice Premier Liu He is expected to be in Washington on Thursday and Friday of this week for further talks.

“We’re not breaking off talks at this point. But for now … come Friday there will be tariffs in place,” Lighthizer said.

Treasury Secretary Steven Mnuchin, considered to be less hawkish toward China, said China’s backtracking became clear with “new information” over the weekend. He declined to give specifics and said the U.S. side had originally hoped to conclude a deal one way or the other this week.

“They were trying to go back on language that had been previously negotiated, very clear language, that had the potential of changing the deal dramatically,” Mnuchin said. “The entire economic team … are completely unified and recommended to the president to move forward with tariffs if we are not able to conclude a deal by the end of the week.”

A spokesman at the Chinese Embassy in Washington did not immediately respond to queries about the U.S. assertions.

“We are also in the process of understanding the relevant situation. What I can tell you is that China’s team is preparing to go to the United States for the discussions,” Chinese Foreign Ministry spokesman Geng Shuang said earlier in Beijing. “We still hope the United States can work hard with China to meet each other halfway, and strive to reach a mutually beneficial, win-win agreement on the basis of mutual respect.”

China has repeatedly said it will make changes to open its economy according to its own timeline, not in response to trade disputes.

But recently it has enacted new laws and amended others, moves some see as efforts to address concerns shared by the United States and other foreign investors, including those from China’s largest trading partner, the European Union.

In March, China fast-tracked the approval of a new Foreign Investment Law and passed it at the annual meeting of the country’s parliament, with Premier Li Keqiang pledging that the government would follow through and enforce the legislation giving protection to foreign firms.

Businesses, while largely supportive of Trump’s tough stance on China, want the tariffs to be lifted. Mnuchin said on Monday that the stock market reaction was not affecting U.S. decisions on the trade talks.

A person familiar with the negotiations said the latest dispute came after the Chinese side sought to deal with policy changes through administrative and regulatory actions, not through changes to Chinese law as previously agreed.

“It undermines the core architecture of the deal,” the person said, adding that not codifying the concessions would make it difficult to verify and enforce China’s compliance.

While it is unclear which changes to law the United States has demanded, critics argue that even though such amendments are welcomed, they do not provide guarantees because Chinese courts are tightly controlled by the ruling Communist Party.

U.S. officials have acknowledged this, and insist that only tariffs can provide leverage to enforce an agreement.

The United States is demanding sweeping changes to China’s economic policies, including better protection of U.S. intellectual property, and an end to forced technology transfers from U.S. companies and cyber theft of American trade secrets.

Another source familiar with the situation said Trump had reiterated to advisers in recent days that he would walk away from a trade deal with China if it was not strong enough.

Trump lashed out over the U.S. trade deficit with China on Monday. “With China we lose 500 Billion Dollars. Sorry, we’re not going to be doing that anymore!” he tweeted. Trump has said that China was paying existing U.S. tariffs on Chinese imports into the United States, but in reality, mostly U.S. companies importing the goods pay the tariffs.

Negotiations on removing punitive U.S. tariffs has been one of the remaining sticking points. China wants the tariffs to be removed, while U.S. officials want to keep some, if not all, as part of any final deal to ensure China lives up to its commitments.

Mnuchin, who originally had called the talks in Beijing “productive,” said Washington had been in the process of planning a summit between Trump and Chinese President Xi Jinping for a successful deal.