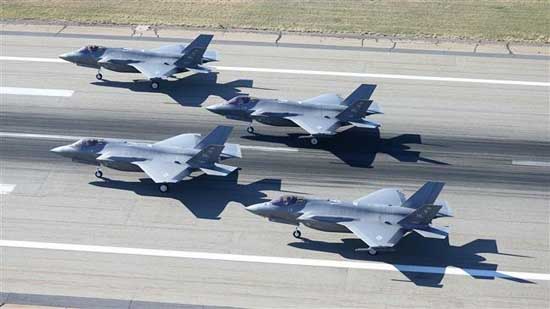 The United States has threatened to pull the F-35 fighter jet from a competition to replace Canada’s ageing aircraft fleet as a widening trade policy dispute continues to cause tension between the two neighbors.

On the hunt for a viable warplane to renovate its fleet of old CF-18 Hornet warplanes, Canada is expected launch the major acquisition program at the end of May.

The US government is refusing to chime in over Ottawa’s insistence on requiring the winner to invest the equivalent of the acquisition cost in Canada under its Industrial and Technological Benefits (ITB) Policy, according to a letter obtained by defense analyst Richard Shimooka.

Canada has reportedly set aside $26 billion for the aircraft purchase, making it one of the country’s biggest-ever military programs. However, the increasing price tag and continuing questions over the best aircraft to meet Canada’s needs has kept Prime Minister Justin Trudeau, a Liberal, from getting the program off the ground.

The letter, addressed to the Canadian government and published Monday by the Macdonald-Laurier Institute think-tank, is written by US Navy Vice Admiral Mathias Winter in December 2018 and clearly states that the Canadian Royal Air Force will never receive an F-35 bid if the country insists on its ITB demands.

“If the ITB requirement remains in effect, an F-35 offer will not be provided,” said the letter. “We look forward to Canada reaffirming its status as an F-35 partner and hope the ITB issue will be resolved quickly so the F-35 is able to compete.”

“The F-35 supplier team will submit an F-35 offer only if (1) the ITB requirement is waived entirely and (2) there is no future ITB obligation arising from selecting the F-35,” it added.

The dispute adds to a list of disagreements between the Trump administration and the government of Trudeau. The two countries are already trading blows over a decision by Trump last year to increase tariffs on Canadian steel and aluminum.

The two neighbors are also in the middle of a policy change process to implement the USMCA, the renegotiated North American Free-Trade Agreement (NAFTA), which also includes Mexico.

Canada is also caught in a power struggle between the United States and China, facing harsh economic punishments from Beijing over arresting a senior executive of Chinese telecommunications giant Huawei on a extradition request by the Trump administration last December.

Winter is the program executive officer for the F-35 Lightning II Joint Program Office. His letter followed a similar one from Ellen Lord, the Pentagon’s head of military procurement, in August last year. Ottawa had until end of January to inform the US of its plans.

While Trudeau’s party has openly discussed plans to forgo the F-35 and opt for cheaper options instead, it plans to continue to participate in the F-35 program.

Canada, a member of the F-35 production consortium, risks losing its place in the group in case it insists on the ITB policy, the kind of policy that the consortium has banned with clear laws.

Ottawa has spent more than $500-million to be a partner in the program over the past 13 years. Without the membership, Canada would still be able to purchase F-35s but at higher prices.

Shimooka warned that with the F-35 nearing peak production, a lot of supply contracts will only be open to Canadian companies if it remains a member. Ottawa had previously estimated that Canadian firms could make over $10 billion in contracts.

Built by Lockheed Martin, the F-35 is a stealth aircraft often described as the most expensive weapon in world’s history, costing over $1 trillion to produce and maintain over its lifetime and around $90 million per unit.

The Boeing Super Hornet F/A-18 and the Eurofighter Typhoon, made by a consortium of European weapons makers, are among Lockheed’s rivals.