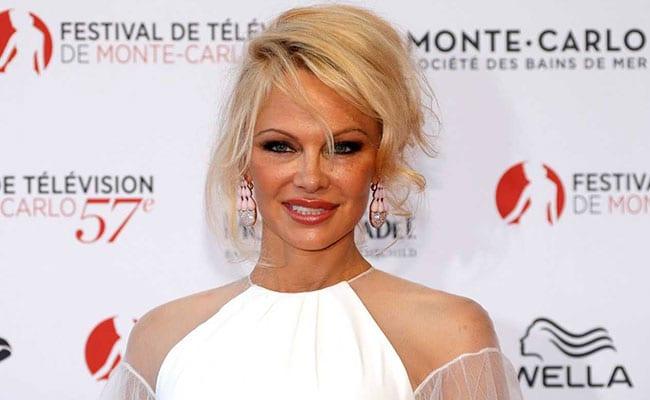 Julian Assange is now serving out a 50-week sentence for jumping bail and is contesting an extradition request from the United States where he is wanted for hacking.

“It’s been very difficult to see Julian here and to make our way through the prison to get to him was quite shocking,” said Anderson, who visited Assange several times when he lived as a fugitive inside Ecuador’s embassy.

“He’s a good man, he’s an incredible person. I love him. I can’t imagine what he has been going through,” the US actress and former Playboy model said outside Belmarsh prison, wearing a large cape with slogans calling for the defence of free speech.

“We need to save his life. That’s how serious it is,” she said, adding: “We just have to keep fighting because it’s unfair. He’s sacrificed so much to bring the truth out”.

Anderson, who lives in France, starred in the hit US series “Baywatch” and is now a prominent animal rights activist.

He had sought refuge there to escape extradition to Sweden where he had been accused of rape and sexual assault.

Assange is now serving out a 50-week sentence for jumping bail and is contesting an extradition request from the United States where he is wanted for hacking.

WikiLeaks published hundreds of thousands of classified documents exposing US military wrongdoing in the Iraq war and diplomatic secrets about scores of countries.

WikiLeaks editor-in-chief Kristinn Hrafnsson, who visited the prison with Anderson, said: “Julian Assange is bent but not broken. He’s an extremely resilient person.

“I want you to think about the fact that such resilience usually comes from the fact that he knows that he is innocent,” he said.

Protesters march again in U.S. cities despite curfews; Trump vow to crack down

From Sydney to Paris, world outrage grows at Floyd’s death