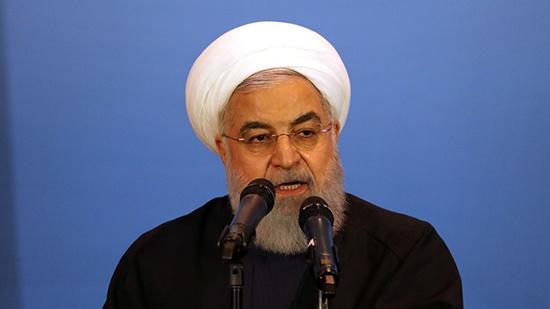 Iran told ambassadors from the UK, France, Germany, China and Russia that it will renege on “some commitments” under the 2015 nuclear deal, but will not quit the pact completely.

Iran’s President Hassan Rouhani appeared Wednesday on national TV to announce the decision to scale down implementation of the 2015 deal, which is officially called Joint Comprehensive Plan of Action (JCPOA). He said the Iranian move was reciprocal action to US complete withdrawal from it under President Donald Trump.

Rouhani announced that Tehran will be gradually suspending its commitments under the deal, giving other parties subsequent periods of 60 days to negotiate a reversal of those actions. He blamed European signatories of failing to compensate to Iran the damage done by US unilateral sanctions after Washington broke its part of the bargain.

Iranian Foreign Minister Javad Zarif earlier told reporters Tehran would be backing out of some “voluntary commitments” under the 2015 agreement as a response to the EU’s inability to stand up to the pressure of Washington’s attempts to isolate Iran.

The JCPOA was signed under Barack Obama and offered Iran lifting of international and unilateral economic sanctions in exchange for voluntarily restricting its nuclear program. The document was signed by Iran, China, Britain, France, Germany, Russia, the US and the EU.

Trump sided with Israel in calling the agreement “the worst deal ever” and refused to keep Washington’s part of the bargain in May last year. The US has since re-imposed the unilateral sanctions, which had been lifted from Iran under the JCPOA terms, and is currently seeking to cripple its oil export by targeting buyers with secondary sanctions.