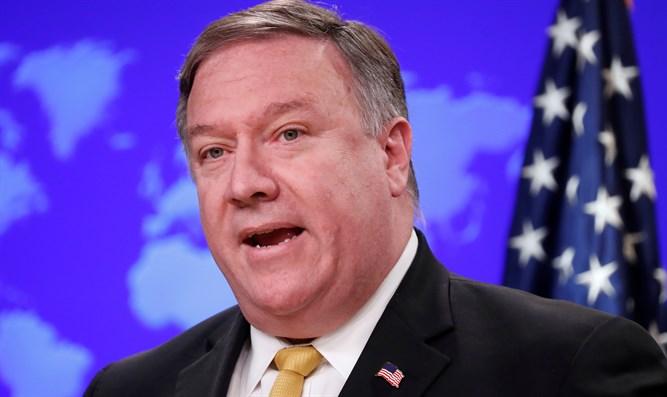 US Secretary of State Mike Pompeo paid a surprise visit to Iraq to remind the country who its friends are, assuring Iraqi leaders the US is concerned about their “sovereignty” while warning them to steer clear of Iran – or else.

The US wants “to assure [the Iraqis] that we stood ready to continue to ensure that Iraq is a sovereign, independent nation,” Pompeo said, according to Reuters. Unless that independence involves Iraq making nice with Iran, that is, since his visit was prompted by “escalating activity” there, invisible to the naked eye but enough to provoke the deployment of a US carrier strike group and bomber task force to the region.

“There’s a long history in Iraq,” Pompeo told reporters, “and we want them to be successful, independent and have sovereignty and not be beholden to any country.” That history includes the US invading and devastating Iraq twice within the past three decades: during the 1990 Gulf War and during the Saddam Hussein government overthrow in the early 2000s. Washington still maintains a 5,000-strong military force in Iraq.

Pompeo met with Iraqi President Barham Saleh, PM Adel Abdel Mahdi, and a handful of senior government officials in two separate meetings on Tuesday. “We talked to them about the importance of Iraq ensuring that it’s able to adequately protect Americans in their country,” Pompeo told AFP. “They both provided assurances that they understood that was their responsibility.” Pompeo’s warning that “any attack by Iran or its proxies on American forces in Iraq would affect the Iraqi government too” – a message he told reporters he planned to deliver – might have helped put the Iraqis in the cooperative spirit.

Iraq’s relationship with Iran, once a sworn enemy, has improved dramatically since the second US invasion, with Iran helping to rebuild the shattered country economically and militarily while taking advantage of the power vacuum to influence the fledgling Iraqi government. Trade between the two countries increased ten-fold in the seven years following the fall of Saddam Hussein, and Iran is a major supplier of energy to Iraq.

“The Jordanians, the Saudis, the Emirates, all of the Gulf states want to see a free, independent, sovereign Iraq. So that’s the primary mission set,” Pompeo told his captive audience, who were instructed not to reveal their location until the plane had left Iraq, adding that “unfinished business deals” meant to “wean” Iraq off Iranian energy were also on the agenda. The US ended the last sanctions waivers allowing countries to continue purchasing Iranian oil in an effort to squeeze the nation economically, echoing similarly harsh sanctions placed on Iraq in the 1990s as a prelude to the second Iraq war.