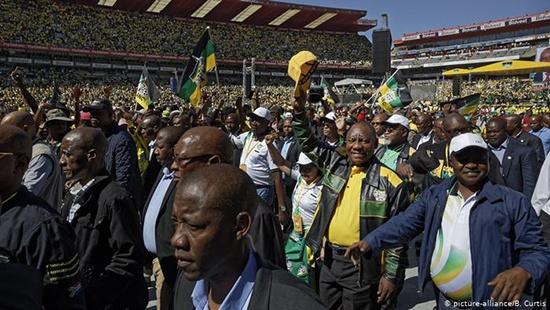 President Cyril Ramaphosa is hoping that his African National Congress (ANC) keep their comfortable majority in the parliament. The party has won a majority in every election since the end of apartheid in 1994.

The national ballot is the first since President Cyril Ramaphosa replaced Jacob Zuma in February 2018.

The ANC won 62% of the vote in the 2014 parliamentary election. It has won every parliamentary ballot since the era of white minority rule known as apartheid ended in 1994.

Corruption scandals and a weakening economy have dogged the ANC in recent years and contributed to its falling levels of support in major cities. Polls nevertheless predict the party winning nearly 60% on Wednesday.

“We are humble enough to admit our mistakes,” Ramaphosa said on the eve of the election. “We have taken decisive steps to fight corruption.”

The ANC has also pledged to change the constitution to enable the seizure of white-owned land. To do that, it requires a 67% majority and will likely need to form a coalition government to get the necessary votes.