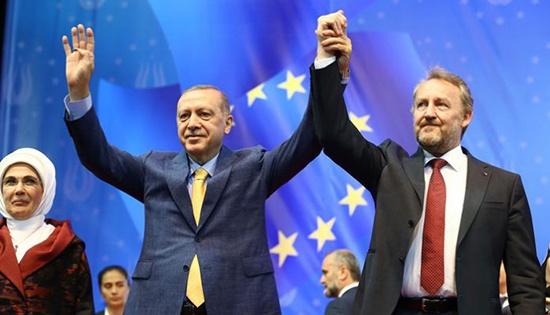 Turkish President Recep Tayyip Erdoğan has said Turkey’s decision to purchase a Russian-made S-400 missile defense system doesn’t mean that it is seeking “alternatives” to its relations with the West.

Erdoğan was speaking Monday during a NATO meeting in Ankara attended by alliance Secretary-General Jens Stoltenberg.

The comments came amid a deepening rift with the United States, which says the Russian missiles pose a threat to the US F-35 fighter jet program, of which Turkey is also a partner.

Erdoğan said Turkey developing ties with “various countries and regions are not an alternative to each other,” adding his objection to “such controversies being fired up over the S-400s.”

Stoltenberg told the state-run Anadolu news agency before his arrival that it was important that NATO allies purchase equipment that is compatible with each other.