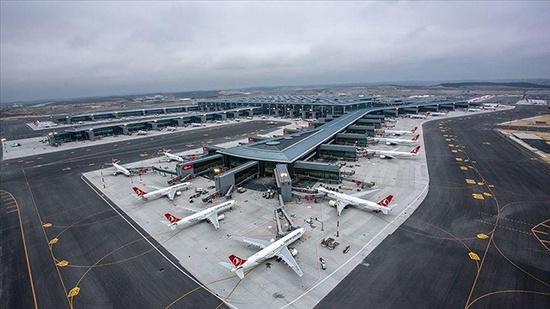 Turkey saw a total of nearly 57.2 million air passengers in the first four months of 2019, the country’s air travel authority announced on May 7.

The number of passengers passing through Turkish airports was down 5.3% from the same period last year, according to the General Directorate of State Airports Authority (DHMİ).

Nearly 43% of total passengers – over 24.4 million- traveled on international flights, while domestic traffic was recorded at 32.6 million during the same period.

Turkish airports served 579,466 planes including overflights in the first four months of this year, falling 1.6% year-on-year.

The new mega-Istanbul Airport, whose first phase officially opened last fall and which took over air traffic from the former main Atatürk Airport on April 6, welcomed 4.7 million passengers and served 29,492 planes in January-April.

Atatürk Airport had previously been the busiest airport in the country, serving 115,435 planes and 16 million passengers in the same period.

The last passenger flight from Atatürk Airport was conducted on April 6.

Istanbul’s Sabiha Gökçen Airport on the city’s Anatolian side was the second busiest airport in Turkey, hosting 11 million passengers and 73,474 planes.