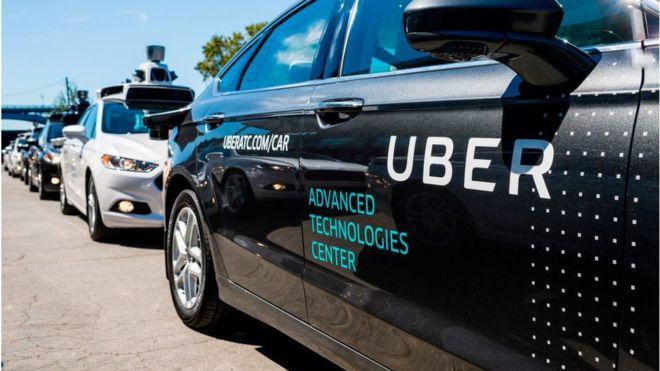 NEW YORK (Reuters) – Some Uber Technologies Inc drivers in the United States and Britain said they will strike on Wednesday, protesting what they call low pay a day before the ride-services company launches its initial public offering, valuing it at as much as $90 billion.

Drivers and regulators around the world have criticized Uber’s business tactics almost from the moment of its launch.

Chief Executive Dara Khosrowshahi, hired to help move the company past a series of scandals and manage the IPO, has promised to treat drivers better. Uber is paying more than a million drivers about $300 million in one-time bonuses for instance, and has changed policies such as allowing riders to tip.

Uber has steadfastly and mostly successfully beaten back attempts to compel it to treat drivers as employees, arguing that its main business is a platform that brings riders and drivers together. And the money-losing company is under pressure to cut costs.

Uber has 3 million drivers globally, and it is not clear if the work actions can significantly slow service, although organizers have received widespread publicity.

“Say no to greed,” announced British union group United Private Hire Drivers by Twitter, calling for a “digital picket line” in London and three other cities on Wednesday.

“Both Uber and Lyft have said that the greatest threat to their investors is driver dissatisfaction. They know that they’re paying too little to keep drivers satisfied,” said Los Angeles organizer Brian Dolber.

Uber and Lyft have steadily chipped away at rates, particularly in the more established markets where they have cut back on incentives and bonuses to attract new drivers. They have also devised more complicated formulas for determining what riders pay and what drivers earn.

Both companies recently slashed the per-mile rate drivers earn in Los Angeles and San Francisco, and some drivers estimated a loss of 10 percent to 20 percent in earnings. Lyft said its hourly wages have risen over the last two years and on average are over $20 per hour.

An Uber respresentative in a statement said that drivers were the heart of the business. “Whether it’s more consistent earnings, stronger insurance protections or fully-funded four-year degrees for drivers or their families, we’ll continue working to improve the experience for and with drivers,” the person said.

Drivers are classified as independent contractors, and lack paid sick and vacation days and must pay their own expenses, such as car maintenance and gasoline.

A study by left-leaning Washington think tank Economic Policy Institute calculated that after all costs and taxes, Uber drivers earned the equivalent of $9.21 in hourly wages.