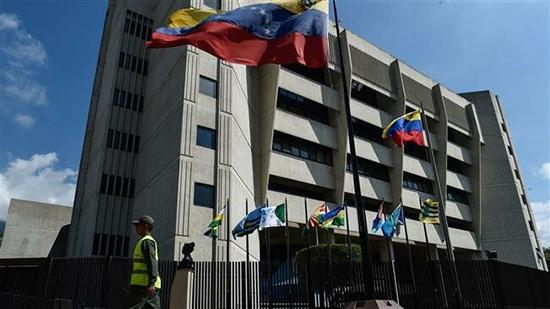 Venezuela’s top court has ordered the prosecution of seven lawmakers for high treason and conspiracy through the supporting of a failed coup attempt against the government of President Nicolas Maduro last week.

The Supreme Court announced the ruling in a statement on Tuesday, saying it had asked Attorney General Tarek William Saab to handle a criminal investigation into the case of the seven opposition deputies.

The lawmakers are suspected of “betraying the homeland” and “instigating an insurrection,” among other charges, said the court.

The politicians facing the charges include the former speaker of the opposition-controlled National Assembly, Henry Ramos Allup.

Following the announcement, the Constituent Assembly stripped the seven lawmakers of their parliamentary immunity.

“What comes now? A trial,” said Constituent Assembly Speaker Diosdado Cabello, adding that three other unnamed lawmakers had been identified and would undergo the same process.

The assembly has said it would suspend the immunity of any lawmaker who backed the coup attempt.

Opposition figure Juan Guaido — who orchestrated the coup on April 30 and who is the speaker of the National Assembly — is however not among the seven who will be prosecuted.

Early on the day of the coup bid, a small group of Venezuelan armed troops accompanying Guaido clashed with soldiers at an anti-government rally in the capital, Caracas, in an attempted coup. Gunfire was heard, and more than 100 people were reported wounded.

The putsch quickly petered out, though, and some 25 renegade soldiers sought refuge at the Brazilian Embassy in Caracas.

Meanwhile, Guaido, who has also declared himself the “interim president” of Venezuela, denounced the Supreme Court ruling later on Tuesday.

The opposition figure has been backed by the United States since he launched his bid to overthrow Maduro’s elected government.

As part of a pressure campaign to push Maduro out of power, US Vice President Mike Pence offered incentives to the Venezuelan military personnel to entice them to defect and join the opposition. Pence also announced that sanctions would be lifted on Venezuela’s former intelligence chief Manuel Cristopher Figuera, who broke ranks with Maduro last week.

The US has blacklisted more than 150 Venezuelan officials and businesses tied to President Maduro.