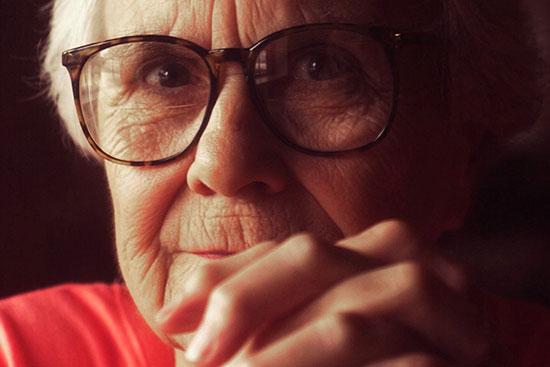 Cep is the author of Furious Hours: Murder, Fraud and the Last Trial of Harper Lee. After graduating from Harvard with a degree in English, she earned an M.Phil in theology at Oxford as a Rhodes Scholar. Her work has appeared in The New Yorker, The New York Times, and The New Republic, among other publications.

It was easy enough to forget about Harper Lee in those days. To Kill a Mockingbird had come out eighteen years before in 1960, and in all that time Lee had published almost nothing else. Three short essays for two glossy magazines, two tiny profiles that were favors for her friend Truman Capote, one satirical recipe for crackling bread in a novelty cookbook: in nearly two decades, that was the only writing she had put into the world. No second novel had followed the first, and she hadn’t given an interview in fourteen years. The last time she had so much as agreed to be quoted in print was another favor for Capote. In 1976, he had asked Lee to sit with him during an interview for People, which was running a profile of him. She had said a total of twelve words on the record, seven of which were, “We are bound by a common anguish.”

To Kill a Mockingbird had made Lee extravagantly wealthy, but you wouldn’t have known it to look around her life. When she was in New York, she lived in a small, rent-controlled apartment on the Upper East Side; when she went back to Alabama, she stayed with one of her sisters in a modest brick ranch house in their hometown of Monroeville. No matter where she was, she avoided the press, her fans, and anything that seemed too literary; she tried to live her life as if she had never published one of the most popular novels in American history. In 1962, the year the film adaptation of her book came out—the one that earned Gregory Peck an Oscar and further fixed her portrait of a small southern town in the nation’s collective memory—Lee told a reporter for The Mobile Register that she wanted to disappear, and she basically had.

To anyone who knew her, that had been obvious for some time. Lee wasn’t just struggling with a second novel; she was struggling with everything. For a while, her sister Alice had told an unlikely story about how a manuscript had been stolen from Lee’s Manhattan apartment while she was away, but soon even Alice stopped saying much about her sister’s writing, and eventually everyone but the press stopped asking.

For Harper Lee, a time of turning inward had turned into a time of losing and being lost. By setting her novel during the Great Depression, she had published a book that seemed two decades older than it was; now its author seemed just as anachronistic. Most of New York had forgotten that she even lived there, or was still living at all. Friends in her building remembered, though, and when someone banged loudly on their door late at night, they knew it was her, because she had done so before, drunk and despairing. Those friends included George Malko, a writer who had learned about the news business from his mentor Studs Terkel, and his wife, a graphic designer named Elizabeth. They had met Lee when they moved into the same building, and like so many they were alternately charmed by her remark- able wit and saddened by the private sorrows that stymied her talents.

“She was drinking at that time,” George Malko said years later. “It is not for me to wonder about her demons, but we knew they were there and they were brutal.” Morning martinis weren’t unheard of for her, but one night she came asking the Malkos for vodka. When George lied and said they didn’t have any, Lee pleaded her case: “I just threw three hundred pages of a manuscript down the incinerator.” That impulsiveness, part of her temperament in the best of times, could take over when she had too much to drink, as friends could attest after fielding angry telephone calls in the middle of the night. Truman Capote, afflicted by the same demons and more, once confided to a reporter that his friend “would drink and then tell somebody off—that’s what it amounted to. She was really a somebody. People were really quite frightened of her.”

By then, Capote and Lee were no longer in close touch, but one day in 1976 he called her out of the blue. People magazine was profiling him, not for the anniversary of In Cold Blood, but for his new project—a tell-all of sorts, only what Capote was telling was other people’s secrets. He had signed the contract for the book ten years before and renegotiated it over and over again, but like his friend he hadn’t been able to finish it. He was calling it Answered Prayers, a phrase Lee would’ve recognized because he’d borrowed it from Saint Teresa of Ávila: “More tears are shed over answered prayers than unanswered ones.”

It took a few telephone calls, but finally Lee agreed to sit with Capote for the interview and meet the photographer Harry Benson near Capote’s apartment at the UN Plaza. The old tree-house friends walked around Second Avenue, talking in what Benson remembers was an almost private language, sweet and loving, like siblings. A lot had transpired between the two of them by then, including no small share of envy and anger and disapproval, but there was no mention of any of it that day: gray-haired now and moving more slowly, the pair walked around New York together as if it were the old, familiar courthouse square. Lee had turned fifty that year, and Capote fifty-two, but they could summon their childhood as if it were yesterday. A kindergarten teacher had whacked Capote’s hand with a ruler for reading too well, Lee remembered to the reporter, a small episode but one that said plenty about the lives of brilliant misfits in their small southern town. It was in that interview that Lee said of them, evocatively and enigmatically, “We are bound by a common anguish.”

Anguish, shared and otherwise, had constrained and darkened Lee’s life for over fifteen years. By May 1977, with the exception of the author, everyone who had helped bring To Kill a Mockingbird into the world was gone. If Lee had worked on serious writing projects since then, they had been stolen from her apartment or burned to nothingness or simply hadn’t amounted to much on the page.

But Lee wasn’t done. Maybe it was the unexpected sweetness of her reunion with Capote, resurrecting the childhood joy of starting to write and wanting to do so forever, or the artistic rivalry between them, stirring in her the desire to do better what they had done before in Kansas. Or maybe it was just a strange story she happened to hear that July. Not long after seeing her friend Capote, Nelle had received an invitation from another Alabama friend, Ned McDavid, to attend a party at his restaurant on the Upper West Side, the Library, where the books were for decoration and the drinks were all that circulated. She showed up, uncharacteristically, and downed gin and tonics with some three hundred other folks from down home, most of them in town to nominate Jimmy Carter for the presidency. It was the 1976 Democratic National Convention, and McDavid was hosting a party on the night before the official events began; friends since their Crimson Tide days, he’d convinced Lee to put in an appearance. Governor George Wallace was a no-show, but every twenty minutes or so the restaurant’s speakers blasted a recording from 1924, when an earlier governor, “Plain Bill” Brandon, nominated another of Alabama’s own for the presidency: “Allabhammah casts 20-foah votes for Oscuh Dubyee Undahwood.” Almost as often, a delegate from Alexander City would tell anyone with ears, “Kennedy broke the religion barrier and Carter is doing the same thing to the anti-Southern barrier.”

It was lawyer Tom Radney’s first convention since the nightmare of Chicago, and it was where he first crossed paths with Nelle Harper Lee. The next year, when violence was breaking out in New York under the cover of the worst blackout in the city’s history, he wrote her a summary of the strange life and shocking death of the Reverend Willie Maxwell. Whatever Lee thought of Radney himself, she heard in his case of a lifetime the kernel of a true-crime book and headed home to Alabama to write it.

Excerpted from FURIOUS HOURS by Casey Cep. Copyright © 2019 by Casey N. Cep. Excerpted by permission of Alfred A. Knopf, a division of Penguin Random House LLC. All rights reserved. No part of this excerpt may be reproduced or reprinted without permission in writing from the publisher.