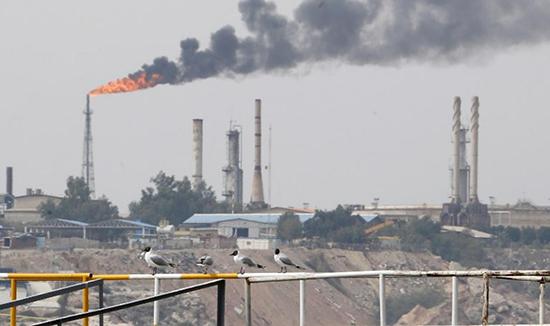 Tehran to announce ‘reciprocal measures’ as tensions mount with the US

Iran will partially withdraw from the nuclear deal signed with world powers, its leaders have announced.

A year after Donald Trump pulled out of the 2015 agreement, Tehran will formally convey its “reciprocal measures” to ambassadors to countries remaining inside the deal: France, Britain, Germany, China and Russia.

The Guardian says the move “is bound to be seized upon by Washington as proof that the nuclear deal – which the US violated in May 2018 – has collapsed and is no longer worth pursuing”. CNN speculates that the withdrawal could see Tehran “exceed the limits on its stockpile of low-enriched uranium, the size of which determines how close they are to a weapon”.

The move comes after Iran’s economy was “hit by reinstated US sanctions on its oil and financial sectors”, the BBC says, which have pushed the value of its currency to “record lows, quadrupled its annual inflation rate and driven away foreign investment”.

After EU officials were privately informed of the partial withdrawal plan yesterday, a source close to the French government urged Iran to reconsider. “We do not want Tehran to announce tomorrow actions that would violate the nuclear agreement, because in this case we Europeans would be obliged to re-impose sanctions as per the terms of the agreement,” the source said.

The news comes amid a broader build-up in tensions between Washington and Tehran. A US aircraft carrier has been deployed to the region, which US officials said was in response to threats from Iran to it forces and allies. It was also revealed the US was sending B-52 bombers to the region.

US national security adviser John Bolton said the twin moves were “in response to a number of troubling and escalatory indications and warnings”. The acting Pentagon spokesman Charles Summers added that the US does “not seek war with the Iranian regime,” but will “defend US personnel, our allies and our interests in the region”.

Iran denies making any threats and says Washington’s aircraft carrier move is part of a routine. Foreign minister Javad Zarif said: “From announcements of naval movements (that actually occurred last month) to dire warnings about so-called ‘Iranian threats’. If US and clients don’t feel safe, it’s because they’re despised by the people of the region – blaming Iran won’t reverse that.”

Meanwhile, US Secretary of State Mike Pompeo made a brief, unscheduled visit to Iraq yesterday. After cancelling a trip to Berlin he met with Iraqi leaders during a four-hour stop in the capital Baghdad.

Linking the meeting to tensions with Iran, Pompeo said that he wanted to “speak with the leadership there [in Iraq], to assure them that we stood ready to continue to ensure that Iraq is a sovereign, independent nation”.