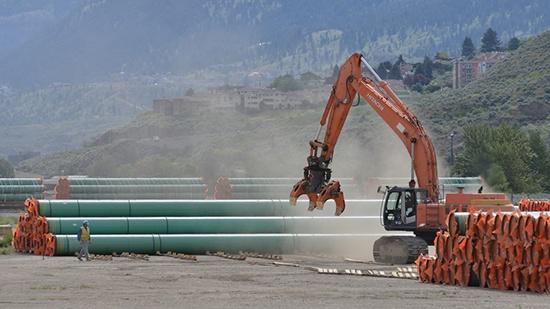 Canada is likely to announce in mid-June that it would be proceeding with the controversial expansion of the Trans Mountain oil pipeline designed to double the flow out of Alberta to the west coast in British Columbia.

Justin Trudeau’s federal cabinet will meet to discuss the Trans Mountain expansion on June 18 and is expected to take the decision on that day, officials tell Bloomberg, noting that “it’s possible but unlikely” that the government extends again the decision deadline in order to allow more time for consultations with stakeholders.

While Alberta and its leaders have been advocating for the pipeline expansion, British Columbia has been strongly opposing the project, which is now owned by the federal government of Canada. The fierce opposition in British Columbia has forced Kinder Morgan to reconsider its commitment to expand the Trans Mountain pipeline, and to sell the project to the Canadian government in August 2018.

Days later, the Federal Court of Appeal quashed the federal government’s approval of the Trans Mountain expansion project, saying that the National Energy Board’s (NEB) review of the project was fraught with flaws that made it unsuitable as a basis for the government’s approval. The court ruled that the NEB failed to adequately consider how increased tanker traffic off British Columbia’s coasts would affect the environment and First Nations people in the region.

Currently, the federal government is conducting consultations with First Nations regarding the project, in an attempt to address all possible concerns that opponents may have. Should the outcome of the consultations be positive, work on the project could start fairly quickly, the business entity in charge of the expansion said last month.

Newly sworn-in Alberta Premier Jason Kenney expects the Canadian government to proceed with the project and told BNN Bloomberg in an interview last week: “After all, the federal government owns it now, so they’d better.”