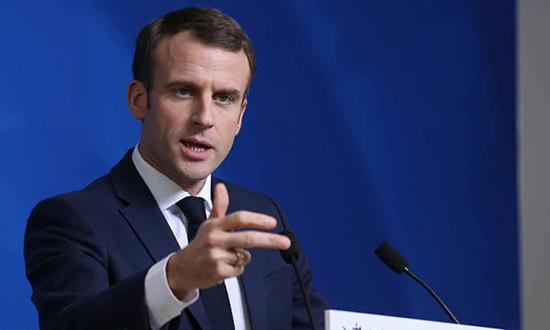 israelnationalnews.com-France calls on Iran to respect all its commitments as part of 2015 nuclear deal.

France on Wednesday called on Iran to respect all its commitments as part of the 2015 nuclear deal with world powers, Reuters reports.

The call came after Iran announced it would reduce some “voluntary” commitments within its nuclear deal with world powers but will not withdraw from it.

The steps announced by Iran stop short of violating its 2015 deal with world powers for now, but it threatened more action if countries do not shield it from US sanctions.

“France takes note of these statements with concern. It is committed to ensuring that this agreement, key for the international non-proliferation regime and international security, is fully implemented,” Deputy foreign ministry spokesman Olivier Gauvin said in a statement quoted by Reuters.

“It is important to avoid any action that would impede the implementation of their obligations by the parties now engaged in the accord or that would fuel an escalation.”

France is determined to ensure that the accord be fully implemented and that Iran’s financial and export channels remain open, he added.

France is in close contact with the remaining parties of the accord, mainly European, to review Iran’s statements, Gauvin said.

US President Donald Trump pulled out of the 2015 deal last May and has since then imposed two rounds of sanctions against Iran.

On Wednesday, shortly after Iran’s announcement, Trump imposed sanctions on Iran’s iron, steel, aluminum, and copper sectors, and added, “Tehran can expect further actions unless it fundamentally alters its conduct. Since our exit from the Iran deal, which is broken beyond repair, the United States has put forward 12 conditions that offer the basis of a comprehensive agreement with Iran.”

“I look forward to someday meeting with the leaders of Iran in order to work out an agreement and, very importantly, taking steps to give Iran the future it deserves,” Trump said in a statement.