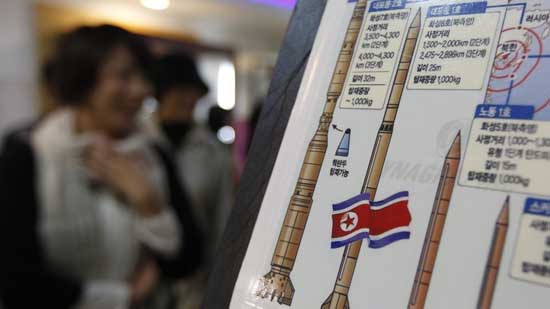 The South Korean military’s joint chiefs of staff have claimed that their neighbor to the north fired unidentified projectiles less than a week after its latest high-profile weapons test.

The unidentified projectiles were reportedly fired at approximately 16:30 local time (7:30 GMT) from the Sino-ri missile base some 210 kilometers (130 miles) north of the border with South Korea. They were probably short-range missiles, according to the joint chiefs’ statement.

Last week, North Korean leader Kim Jong-un oversaw the test-firing of rockets and at least one short-range missile from the country’s east coast into the Sea of Japan.

North Korea denies its recent missile tests were acts of provocation, insisting the drills were “regular and self-defensive.”

However, South Korea’s President Moon Jae-in claimed the recent tests were a somewhat belated response to the failed denuclearization talks with US President Donald Trump.

“North Korea seemed to be discontented it could not reach a deal in Hanoi,” Moon told South Korean broadcaster KBS Thursday. South Korea’s presidential Blue House described the launches as “worrisome” adding that they were unhelpful in improving Korean relations.

The timing of the latest incident coincides with a four-day visit by US envoy for North Korea Stephen Biegun to the South Korean capital, Seoul to discuss the possibility of increasing food aid to the north with his counterpart Lee Do-oon.

The test firings have ramped up in recent weeks after denuclearization talks between Kim Jong-un and Donald Trump stalled after the US said it was not prepared to lift its North Korean sanctions in their entirety, as Pyongyang requested. The North Korean delegation blamed the US for the abrupt end to the summit.

Tensions were ratcheted up in April as Washington and Seoul carried out joint war games. North Korea criticized the drills as hampering the reconciliation process and warned of a “corresponding response”.