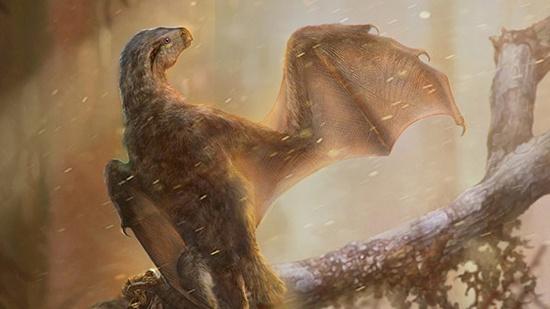 A newly-discovered species of flying dinosaur soared its way onto the front cover of the famous Nature journal on Thursday, after the 163 million-year-old fossils of the creature were uncovered in northeastern China.

The fossil of the non-avian therapod from the Jurassic era provided startling new clues regarding the evolutionary experimentation that characterized the origin of flight in dinosaurs.

Wang Min, who authored the study into the species and is a leading paleontologist at the Institute of Vertebrate Paleontology and Paleoanthropology in Chinese Academy of Sciences, said the new finding differed from other theropods, and showed that feathers were not the only method of flying among these pre-historic species.