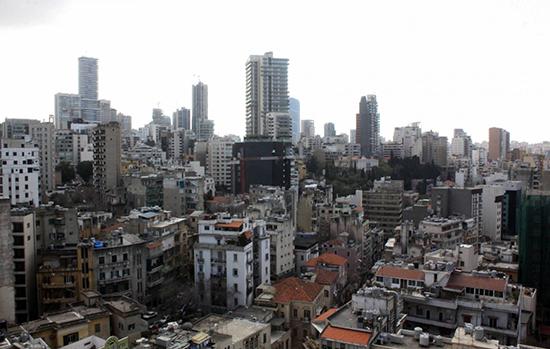 Silver-infused linens may kill microbes, but there’s no way to avoid doing your laundry.

The spectrum of human joy includes some truly depraved activities, so someone out there must enjoy laundering bed linens, or even towels. Evidence suggests that person’s in the minority: Dirty bedrooms and wet towels on the floor are canonical parental grievances. Store shelves are lined with products that promise to make doing laundry more effective and less time-consuming. Consumers pay top dollar for front-loading washers that let them stuff more things into a single load so they can just get it over with.

Cleaning, in general, isn’t most Americans’ favorite activity. When it’s divvied up sloppily, it can do enormous harm to the health of a marriage. Many Americans feel suffocated under the necessity of balancing their job, their family, and daily household and personal maintenance. For the most part, the only way to opt out is to pay someone else to do your chores for you; the chores themselves don’t go anywhere.

In theory, technology should be able to relieve the burden of household labor by making it more efficient, and increased productivity is one of Silicon Valley’s most common promises. But so far, people (and usually women) are still left with a ton of work. Jeff Bezos wants to put his wealth into space exploration because he says he can’t find anything else to fix, but maybe that’s because he hasn’t recently tried to use a vacuum.

That doesn’t mean some tech companies aren’t looking for marketable solutions to America’s cleaning problem. A new crop of start-ups promises to make laundry a little less burdensome with textiles that resist getting dirty. But their products still have limitations that portend something different: Living a human life is generally kind of gross, and the work required to keep filth at bay probably can’t be eliminated.

When it comes to cleanliness, beds are a nightmare. Under ideal circumstances, humans spend a full third of their life wrapped up in their bedding, which means people shed a lot of dirt, oil, dead skin, hair products, sweat, and (sorry) drool onto it while they’re asleep. That’s why fresh sheets feels so good and old sheets feel, and sometimes smell, so gross: They accumulate a lot of gunk, and very quickly. Most experts recommend you swap your bedding once a week, but for a family of four, that means stripping, laundering, and remaking three beds every weekend. Sheets are ripe for disruption.

When the textile start-up Silvon launched in 2014 under the name Sleep Clean, it promised to bring one of the most consistent pleasures of luxury hotels to everyday life: perennially fresh sheets without personal effort. It now makes both bedding and towels that use one of the oldest, most reliable antimicrobial technologies known to man: pure silver, woven into 7 percent of the company’s thread, ready to kill any bacteria that might scurry off your person while you’re passed out or drying off.

Silvon is one of a cluster of businesses that have incorporated similar technology into their products in the past five years. Miracle also makes silver-infused bedding and towels, with a promise that you’ll do two-thirds less laundry. Skin Laundry, a brand of skin-care products, recently added silver-washed pillowcases to its lineup. Lululemon launched its Silverescent line of antimicrobial workout gear in 2014. Mack Weldon lines its men’s underwear in silver-infused fabric. All these companies make similar claims: Their products eliminate acne- and odor-causing bacteria so your stuff stays cleaner, longer.

It’s not totally clear what being “clean” means when any particular brand promises it. The word is an of-the-moment marketing term that’s used to describe everything from food products to skincare ingredients. In most cases, it just refers to an arbitrary, implied naturalness that doesn’t tell consumers much of anything about a product’s safety or effectiveness. Clean is in the eye of the beholder. In the case of silver-infused textiles, “clean” means bacteria-free; it’s the Purell of fabric.

But anyone who’s used hand sanitizer knows that there are still plenty of reasons to regularly wash your hands the old-fashioned way, which is a limitation that extends to so-called self-cleaning fabrics. Jay Flynn, a Silvon representative, says that’s why the company decided to walk back some of its early rhetoric. “One of our first slogans was ‘Sheets get dirty, ours don’t.’ But of course they get dirty,” he says. “If you spill wine or pizza, of course there’s going to be a stain.” As a result, he says, Silvon has shifted its focus to acne prevention. “When you’re spending all this time and money on skin care, you want to make sure you’re at least putting your face, night after night, on a clean pillowcase,” Flynn says.

According to Arielle Nagler, an assistant professor of dermatology at New York University Langone Health, Silvon got two things right: Interest in skincare has exploded, and so has germaphobia. But the link between bacteria and acne isn’t that simple. “There’s a lot of other factors involved, and things like inflammation from scrubbing or physical trauma can induce acne,” she says, as well as hormonal or nutritional problems. Also, the presence of acne-causing bacteria on the skin generally isn’t enough to cause acne all by itself.

Flynn agrees that it’s important customers know Silvon won’t magically dry up all their zits. “We’re not saying we’re the cure-all to acne,” he says. “We’re targeting a very specific type of acne, called acne mechanica.” You might have experienced this lovely ailment after wearing a sweat-soaked hat for too long, or from not washing your bras frequently enough during the summer. You still have to wash the sheets, of course: If you can go one week with conventional bedding, Flynn recommends no more than 10 days between washes with Silvon.

Nagler emphasizes that the science isn’t yet clear on what consistent, prolonged contact to silver, whether through your underwear or pillowcase, could do to the human body over time. Beyond allergic reactions to the metal itself, there’s also a question of what it does to the healthy, beneficial bacteria living on our skin. “We may be changing our normal microbiome, which we don’t understand well enough to know how it impacts inflammation and infection and all these other things,” she cautions. “I think the bottom line is the jury is really still out.”

So what can be done to fix the seemingly intractable problem of gross beds? Philip Tierno, a professor of pathology also based at NYU Langone Health, says much of the problem is what’s going on in your mattress: “Over time, a lot of debris settles into the core of the mattress and the pillows.” All the stuff that comes off your body—or off the partners or pets that might share your bed—ends up in your mattress’s unwashable center, far from where silver sheets or even front-loaders can reach.

“The allergic components are the more important things, rather than infection,” Tierno explains. All the dead skin cells, dust, and mites that accumulate in your mattress are common triggers for allergies, and if you frequently wake up with a stuffy nose, they may be the culprit. To combat that, he suggests wrapping mattresses and pillows in allergy barriers before you put on your sheets, which will prevent allergy-causing debris from accumulating further or bothering you while you sleep. As for sheets, he says, there’s no way around it: Washing them at least once a week is ideal, and will help keep your mattress clean if you don’t want to buy a barrier layer.

Ultimately, what these silver-textile companies are up against is one of efficiency’s basic conceptual limits. Doing something faster or slightly less often doesn’t much affect the fundamental reality that there are many things about being a person, such as cooking and vacuuming and washing your sheets, that must be tended to eventually and repeatedly. Maintaining bodies and living spaces is a necessity that probably can’t be obviated, a fact with which Silvon is still contending. “There are [silver-textile] brands out there that still sell the idea of doing less laundry,” Flynn says. “That’s cheeky and interesting, but is that really even possible?”

Chinese people are happy, but some Westerners hate to admit it