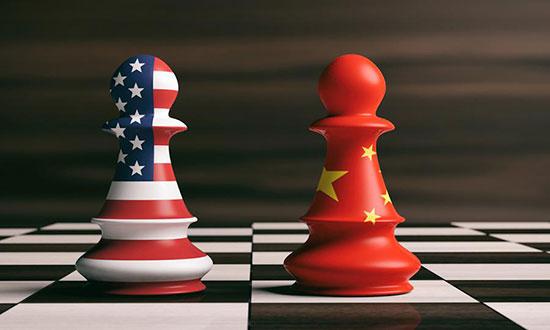 Exports fall by 2.7% in April but the country’s trade surplus with the US rises to US$21 billion

With trade talks in the United States hanging by a proverbial thread, China came up with all the wrong numbers on Wednesday.

Data released by the General Administration of Customs showed that exports last month unexpectedly fell by 2.7% compared to the same period in 2018.

But, critically, the politically sensitive trade surplus with the US widened to US$21 billion in April from $20.5 billion in March. Last year, it stood at a record-busting $323.3 billion.

On top of that, figures revealed that the overall trade surplus last month was $13.84 billion, which was lower than economists had predicted, and considerably down on March’s number of $32.65 billion.

“If Trump’s threat becomes reality, it will be a game changer for the global economy,” Steve Cochrane, the chief APAC economist at Moody’s Analytics, said.

He was referring to US President Donald Trump’s move to more than double tariffs on Chinese imports worth $200 billion if Beijing fails to sign off on a deal by Friday.

Significantly, that will be the last day of planned discussions between the US delegation, spearheaded by Treasury Secretary Steven Mnuchin and Trade Representative Robert Lighthizer, and Vice-Premier Liu He’s Chinese team.

Negotiations are in danger of unraveling after Trump’s time bomb tweet triggered an angry backlash from China’s state-owned media.

The official Communist Party newspaper, the People’s Daily, led the charge, warning the US to “not even think about” concessions.

“Things that are unfavorable to us, no matter how you ask, we will not take any step back. Do not even think about it,” the People’s Daily said in a commentary on WeChat.

Indeed, this remarkable chain of events was set in motion when Trump tweeted on Sunday:

At the heart of the problem is Washington’s fears that Beijing will try to wriggle out of an agreement, and fail to implement policies to further open up markets and curb excessive state subsidies to China’s corporate juggernauts.

Intellectual property rights and cyberspying are other vital issues, which have proved sticking points when it comes to an all-encompassing policing accord.

On Monday, Lighthizer followed the lead from his boss in the White House by underlining those concerns.

“Over the course of the last week or so we have seen an erosion in commitments by China,” he told a media briefing. “That in our view is unacceptable.

“We’re not breaking off talks at this point. But for now … come Friday there will be tariffs in place,” Lighthizer added.

There was no doubt that President Xi Jinping’s administration was caught off-guard by Trump’s intervention even though the warning signs were flashing.

In media briefings this week, Lighthizer and Mnuchin reported that the mood music changed in Beijing seven days ago during round 10 of discussions.

By the weekend, the alarm bells started to ring in Washington when China sent over a new draft of the original agreement, backpedaling on a number of issues. “[This had the] potential to change the deal dramatically,” Mnuchin said.

Nearly 90% of the accord had been signed off at that stage, he added, pointing out that Beijing was pressing for radical changes.

“We are not willing to go back on documents that have been negotiated in the past,” Mnuchin told reporters.

Whether Liu can break the impasse in the next 48 hours is questionable as the situation is looking increasingly volatile. Just like Wednesday’s trade data.