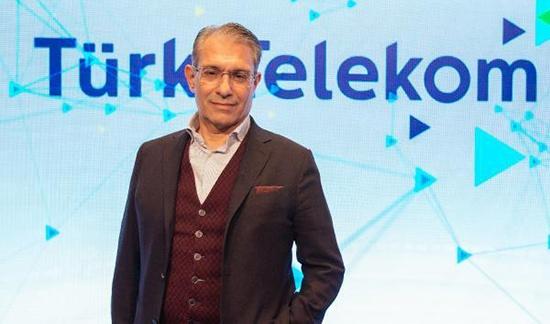 Türk Telekom has announced that its net income in the first quarter of 2019 soared 183 percent on an annual basis to 2.2 billion Turkish Liras.

Revenues of the telecoms giant increased by 15.3 percent in January-March this year from the same period of 2018 to stand at 5.4 billion liras, the company said in a filing with the stock exchange.

“We had a strong start to 2019 signaling another successful year. Our strategy focusing on growth, efficiency and customer experience delivers results, and the strong momentum in our performance continues,” said Paul Doany, CEO of Türk Telekom.

“These results reassure us on the soundness of our strategy addressing the long-term opportunities of the Turkish market,” he added.

The number of total Türk Telekom subscribers increased to 46.7 million with 737,000 net additions in the first quarter of this year. Net subscriber acquisitions during the last 12 months reached 4.1 million, the best first quarter performance since the company’s initial public offering in 2008.

Broadband subscriber base exceeded 11 million, with a net gain of 131,000 in the first quarter of 2019. Around 70 percent of the net additions came via entry level penetration offer, “İnternet Bizden,” the company said.

It added that mobile subscribers reached 22.1 million with a net addition of 575,000 in the first quarter of the year. For the last 12 months, net addition in mobile subscription was at 2.2 million, marking the highest level since 2008.

The remaining 15 percent is publicly traded. Türk Telekom shares have been listed on Borsa Istanbul since May 2008. Türk Telekom was privatized in 2005.