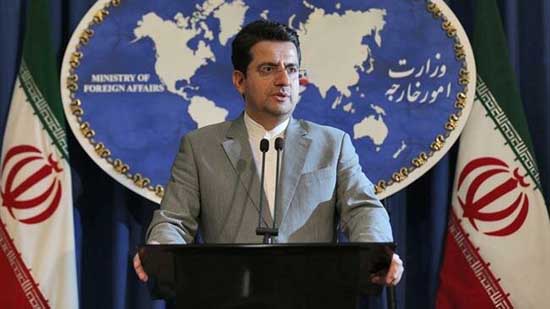 The Iranian Foreign Ministry has reacted to the US’s recent imposition of sanctions targeting the country’s metal and mining sectors, warning that Washington should bear the cost for all the damages emanating from the bans.

“The sanctions, as has been the case with all the United States’ [previous] unilateral measures [targeting the Islamic Republic], counter the basic principles and regulations of international relations,” said the Iranian Foreign Ministry’s spokesman, Abbas Moussavi, on Thursday, adding, “The responsibility for repairing the damages [potentially caused by the sanctions] lies on the US.”

The Iranian diplomat emphasized that the restrictive measure taken by the US against Iran’s metal industry “contravenes international commitments of this regime and faces it with international liability.”

US President Donald Trump took the decision a day earlier to deny Iran of the revenue yielding from the targeted sectors. The areas aimed at by the bans comprise “10 percent of its [Iran’s] export economy,” the directive read, cautioning third countries that taking in Iran’s metal exports “will no longer be tolerated.”

Washington, under Trump, has been pursuing a policy of “maximum pressure” against Tehran. The attitude saw it leaving a historic multi-lateral nuclear accord with the Islamic Republic last year, and reinstating the sanctions that had been lifted under the deal.

Forcefully trying to implement the flagship of the policy line, the US warned last month that it would no longer let any country import any Iranian oil.

This is while the US is bound by international law to honor the nuclear deal and relieve the sanctions as the agreement has been ratified as a United Nations Security Council resolution.

Elsewhere in his remarks, Moussavi said the illegal measure taken by the US can be prosecuted through the international judicial system as it constitutes a violation of international law.

He added that Trump’s decision violates the obligations faced by the US under the UN Charter and the 1981 Algeria Accords that saw Iran release dozens of American prisoners it had seized at the former American Embassy in Tehran.

The new bans, he noted, were also in breach of the US’s 1955 Treaty of Amity with Iran that set out bilateral economic relations and consular rights under the regime of Iran’s US-backed former monarch, but was unilaterally terminated by Washington last October.

Finally, the sanctions go against the International Court of Justice’s decision last year that Washington had to halt its re-imposed sanctions targeting Iran, the official concluded.

Issuing a statement later on Thursday, Russian Foreign Ministry denounced new US sanctions on Iran’s mining and metal industry, calling for talks to preserve the nuclear deal with Tehran.

“The United States has just introduced a new package of sanctions affecting the mining industry in Iran. We strongly condemn this step,” the statement said.

Russia also advised both Iran and world powers to hold a meeting “to determine ways to normalize the situation,” because of what it called the “seriousness of what is happening.”

Moscow further noted that it understood why Iran, in the face of US sanctions, had decided to suspend some of its commitments under the nuclear deal, however, it urged Tehran to “refrain from further steps to curtail the fulfillment of its obligations.”

Russia also called on other partners to the nuclear deal to meet their obligations under the JCPOA.

The statement noted that among the steps that needed to be taken by signatories to the JCPOA, were moves to facilitate financial transactions and to continue trade and economic cooperation with Iran.

“We urge everyone not to cut off economic ties, including the purchase of Iranian products, first of all energy,” the Russian Foreign Ministry emphasized.