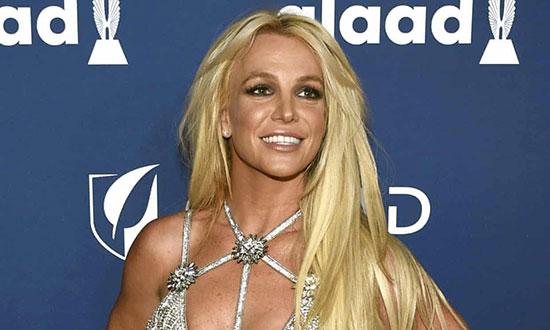 Lutfi, who has had previous restraining orders, denies wrongdoing and accuses Spears’ family of controlling her

Britney Spears’ legal team have taken out a temporary restraining order against her former manager Sam Lutfi, who must now stay at least 200 yards away from the pop singer.

Spears has been under the conservatorship of her father since 2008, when she was briefly hospitalised following erratic behaviour including an attack on a paparazzo’s car, and deemed unable to manage her own affairs. Spears’ legal team argued that Lutfi was trying to undermine the terms of the conservatorship, by contacting the singer’s mother via text message to persuade her to “disrupt and take over” Spears’ care.

Lutfi has said he has not caused Spears any distress, and that in text messaging Spears’ mother he was exercising freedom of speech under his first amendment rights. His legal team said they were disappointed with the “overly broad” ruling.

In April, following worries about her mental health and indefinitely postponing her Las Vegas residency, Spears posted a video on Instagram in which she said: “All is well. My family has been going through a lot of stress and anxiety lately, so I just needed time to deal.” In the caption to the post, she accused Lutfi of “pretending to be me and communicating with my team with a fake email address”.

Lutfi denied the claims, and said her team’s “desperate attempt to deflect [sic] negative attention on to me (yet again) is a rather ineffective way to overshadow the FreeBritney movement … the emails in question show a woman capable of running her own life, a narrative they apparently want to hide.”

“#FreeBritney” is a social media campaign by fans who believe the singer is able to manage her own affairs and is being controlled by her family.

A restraining order was previously taken out against Lutfi in 2008, with Spears’ mother accusing him of drugging Spears and controlling her phone use. Another order was made in 2009, with the singer’s team arguing Lutfi was attempting to control Spears’ financial assets; Lutfi denied any wrongdoing, saying he “merely responded to cries for help”.

A hearing for a permanent restraining order will take place on 28 May.