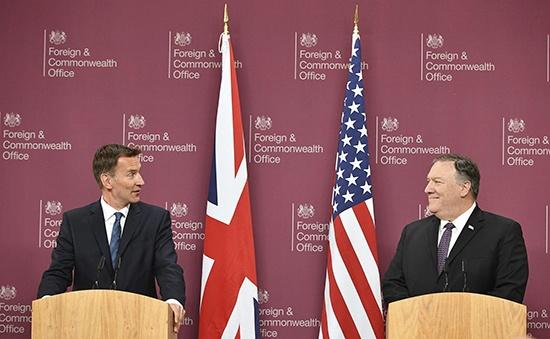 The world powers struggling to preserve a nuclear deal with Iran are facing an increasingly uphill battle, with a new deadline from Tehran on finding a solution to make up for last year’s unilateral U.S. withdrawal from the accord and the increasing economic hardship that has put on the Islamic Republic.

After Iran notified Britain, Russia, China, the European Union, France and Germany of its intentions in a letter, Iranian President Hassan Rouhani said in a televised address on May 8 that the nations have 60 days to come up with a plan to shield his country from the sanctions imposed by U.S. President Donald Trump after he pulled Washington out of the deal.

Iran has continued abiding by the stipulations of the deal, according to the International Atomic Energy Agency, but had been expressing increasing frustration with the inability of the Europeans to provide economic relief.

The EU and major European powers – Britain, France and Germany – said on May 9 that they “note with great concern the statement made by Iran concerning its commitments” to the nuclear deal.

They said in a statement that “we remain fully committed to the preservation and full implementation” of the deal, endorsed by the U.N. Security Council.

The Trump administration pulled America out of the deal a year ago.

The EU powers say they “regret the re-imposition of sanctions” by the U.S. and remain “determined to continue pursuing efforts to enable the continuation of legitimate trade with Iran.”

Meanwhile, China, a key Iranian ally and trading partner, suggested that Washington’s recent decision to deploy an aircraft carrier group and a bomber wing to the Middle East to confront unspecified threats from Tehran had added fuel to the fire.

“We regret that the U.S. has further aggravated the tension on the Iranian nuclear issue,” Foreign Ministry spokesman Geng Shuang said. “We call on all parties concerned to exercise restraint, strengthen dialogue and avoid escalating tensions.”

Russian Foreign Minister Sergei Lavrov went a step further, saying the situation surrounding the fate of the 2015 nuclear accord has been complicated by “irresponsible behavior” from Washington.

After meeting in Moscow with his Iranian counterpart Javad Zarif, Lavrov reaffirmed Russia‘s support for the deal and blamed the U.S. for undermining it.

“The U.S. is to blame for the situation and it makes it difficult for both Iran to fulfill its obligations and … for the general state of the nuclear non-proliferation regime,” Lavrov said.

Zarif insisted that Iran‘s decision to partially withdraw from certain provisions did not violate the agreement, and asserted it was provoked by U.S. actions toward Iran.

He also said Iran will uphold its obligations if European signatories to the deal uphold theirs.