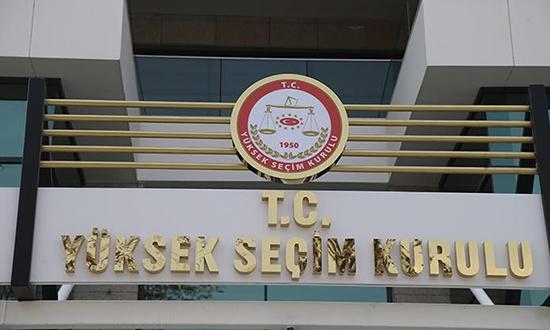 Turkey’s electoral authority has lashed out at main opposition Republican People’s Party (CHP) leader Kemal Kılıçdaroğlu’s criticisms against board members for their decision on the renewal of the Istanbul mayoral elections.

“It is unacceptable for judges to be personally targeted and be disgraced due to their rulings,” the Supreme Election Council (YSK) said in a statement on May 8.

The YSK will continue to perform its duties without being affected by “pressure, libels, insults and threat campaigns,” said the statement.

The YSK said no politician has the right to “commit crimes or insult members of the judiciary” even if they have immunity from prosecution.

The statement said Kılıçdaroğlu had voiced some claims about council members which contained “insults, threats, and smears and showed them as targets by reading the names of some members of the board.”

The statement came after the YSK decided to re-run the Istanbul mayoral election on June 23, which the CHP’s candidate had won.

The decision drew an avalanche of criticism from the opposition, which said the elections were being re-run because the AKP’s candidate had lost.

In its decision, it said some polling officials and staff during the March 31 election were not civil servants as required by law. But the opposition says that the YSK had not objected to these officials before the elections were held.

Under the decision, Ekrem İmamoğlu, a CHP candidate who had been given the mandate to serve as the mayor of the country’s largest city, has had his certificate revoked, with an interim mayor filling the post until the June 23 polls.

Millions of Turkish voters cast their votes nationwide on March 31 in the local elections to choose mayors, city council members and other municipal officials.