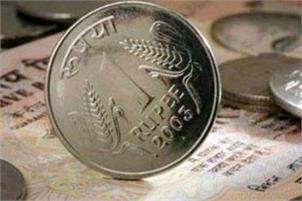 Mumbai, May 10 (PTI) Falling for the fourth straight session, the rupee depreciated by 23 paise to 69.94 against the US dollar Thursday on unabated foreign fund outflows amid simmering US-China trade tensions.

Firming oil prices and a prolonged spell of weakness in the equity markets also weighed on the domestic unit, dealers said.

At the interbank foreign exchange market, the rupee opened marginally lower at 69.70 and slipped further to breach the 70-mark, touching a low of 70.03, before finally settling at 69.94, down by 23 paise over its previous close.

The rupee has now lost a hefty 72 paise in four sessions.

Globally, the Japanese yen rallied to three-month highs against the dollar as investors retreated to safe haven assets following the fresh flare-up in tensions between the US and China.

Ahead of the next round of talks aimed at ending the trade conflict between the world’s two largest economies, China said it will retaliate if US raises tariffs on Chinese products.

“The uncertainty related to election outcome and US-China trade deal have been weighing on the rupee. Overseas investors have turned cautious for the domestic equity and debt market and started reducing their position ahead of the election outcome scheduled on 23rd May 2019,” said V K Sharma, Head PCG and Capital Markets Strategy, HDFC Securities.

The dollar has hit four-month highs against the yuan and the Australian dollar on trade tensions, he added.

The dollar index, which gauges the greenback’s strength against a basket of six currencies, inched up 0.02 per cent to 97.64.

“From the high of USD 75.60 registered on April 25, Brent crude has witnessed a correction of 7 per cent till date. However, for last four sessions, it has been holding a level above USD 69 in futures. Breaking USD 69 in Brent crude would help domestic currency to recover recent losses against dollar,” Sharma added.