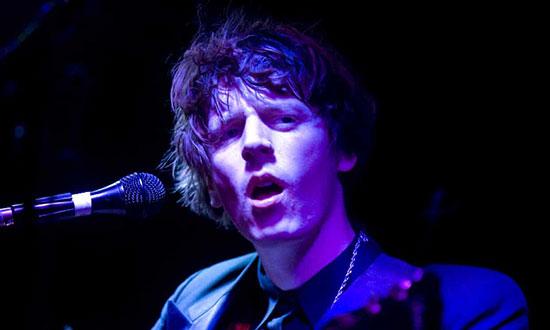 Over two-thirds of disabled musicians surveyed said they hid their disability for fear of damaging their careers, and had to compromise their health to perform live

A survey of nearly 100 deaf and disabled musicians across the UK has found that concert venues are frequently failing to provide adequate access and facilities.

Of the respondents to the survey by Attitude is Everything (AiE), 70% said they had kept their disability hidden because of worries it would damage a relationship with a venue, promoter or festival, while two thirds said they had to “compromise their health or wellbeing” to be able to perform live.

One musician, writing anonymously, said: “I would never perform if I did not force myself up and down more flights of stairs in one night than I would comfortably navigate in a month.” Another said they faced the “totally inappropriate” suggestion from venue staff that they could be carried after they faced accessibility problems.

One-fifth said they had been forced to cancel gigs altogether due to lack of access. Ruth Patterson, singer with rock’n’roll group Holy Moly & the Crackers, said this statistic was “saddening, but completely unsurprising”. Patterson has arthritis and Ehlers-Danlos syndrome, and uses a wheelchair. “It is normal for venues to expect me, the lead singer of my band, to be heaved around by my band members because of a lack of access. I can’t think of any other another industry where this is commonplace, and the music industry has got to to step up and make serious changes.”

Blaine Harrison, vocalist of indie band Mystery Jets, who has spina bifida, described the findings as “absolutely heartbreaking … Making a living from music is tough enough. But for musicians with access requirements, it can be even tougher.”

Those surveyed have a range of often multiple disabilities, including deafness, chronic pain conditions and mental health issues. They reported issues involving rehearsal spaces, too, with 38% of respondents saying they couldn’t access the studios closest to where they lived. Respondents also complained of a lack of accessibility at industry events, and difficulties with applying for arts funding.

If you have had an experience related to the issues in this story you can tell us about it in the form below. One of our reporters may be in touch to discuss further – we won’t publish anything without your permission.

Michael Dugher, CEO of industry body UK Music, called for venues to “break down barriers … Not all disabilities are visible, which is why it is so important that we create inclusive environments within the music industry.”

AiE is aiming to address the issues raised with an Arts Council-funded initiative called Next Stage, to develop a network of disabled performers and link them with opportunities for performing, recording and pursuing a career in the music industry.

In 2018, another AiE survey found that more than 80% of deaf and disabled music fans had difficulty booking tickets for events.