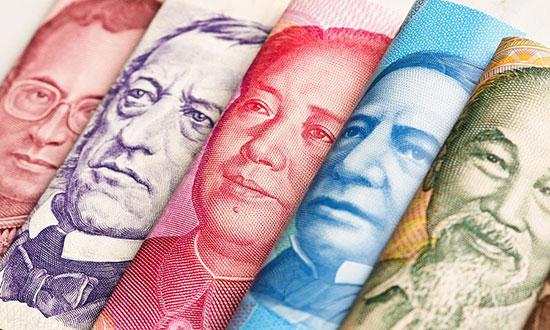 In Fiji, Asia agreed to upgrade its currency buffer as the region circles the wagons amid Washington’s trade war

In May 2000, Asia took an extraordinary step to protect its financial cooperation from future crises by creating a multilateral currency swap system. It was a response to Asia’s 1997 meltdown, and a wise one.

A decade later, Japan, China, South Korea and 10 Southeast Asian nations were putting real money behind the enterprise, pooling US$120 billion worth of foreign-exchange reserves. By 2012, the pot expanded to $240 billion. These dollars could be tapped by any member nation facing a capital flight.

Yet it took a trade war to bring the whole thing together.

In Fiji last week at the Asia Development Bank’s annual meeting, Asia’s finance ministers agreed to build stronger buffers into the swap arrangement and perhaps increase the pool of reserves. Even more significantly, they took the first step to add the Chinese yuan and Japanese yen into the mix – and reduce Asia’s reliance on the dollar.

The trade war that US President Donald Trump launched 12 months ago is hitting Asia hard. Not 1997 hard, but Trump’s tariffs and the Federal Reserve’s rate hikes are causing the worst turbulence Asia has seen since the 2013 “taper tantrum.”

Things could soon get a whole lot worse. Trump is threatening to raise levies on $200 billion of Chinese goods to 25% from 10% as soon as Friday. After that, he might slap tariffs on another $325 billion of mainland goods and a 25% tax on imports of cars and auto parts. No one can say where Trump’s trade war 2.0 is heading.

This bull market in uncertainty has Asia coming together in ways for which the protectionist US leader hadn’t bargained. Giving currency swap members a choice of withdrawing emergency funds in yuan, yen or, potentially, other Asian units, reduces Washington’s footprint. It’s leverage in Asia, too.

Among Chinese President Xi Jinping’s biggest ambitions is increasing the yuan’s role in trade and finance. In 2016, the yuan was added to the International Monetary Fund’s top-five currency basket, joining the yen. What happened in Fiji could provide a fresh tailwind for President Xi’s vision.

The same goes for Asian cooperation. It’s best not to be naïve here. The region’s trade-reliant nations have long competed more than they’ve worked together.

Asia’s numerous summits each year tend to be inane talkfests that achieve little – all photo ops and vague communiqués, with few concrete efforts to link arms.

Yet Trump’s erratic policies are driving Asia together.

The original 2000 swap arrangement was called the Chiang Mai Initiative, named after the Thai city in which it was forged. The deal happened on the sidelines of the Asian Development Bank’s annual meeting.

Last week’s discussions also took place around the ADB’s gathering. Progress was made to remove limits imposed back 2000, including how long swap lines can remain open. The nature of financial contracts between members and the pool of currencies are being revamped.

New steps are being taken to increase market surveillance among peers and methods for sharing data and insights.

All this might sound incremental. But among Northeast Asian nations, events in Fiji could pave the way to a broader détente. Japan, China and South Korea are, to varying degrees, barely on speaking terms.

The increased safety net the region is building is more than a step the right direction. It’s an opportunity to do something constructive despite decades’ old gripes.

Xi, Japan’s Shinzo Abe and South Korea’s Moon Jae-in should compartmentalize the geopolitics. Trilaterally, they could be lowering trade barriers, linking bond and stock markets and devising a collective use for their combined $4.8 trillion of currency reserves.

In a joint statement in Fiji, governments “agreed to further enhance communication and coordination between China, Japan and Korea to contribute to strong, sustainable, balanced and inclusive growth.”

If there’s a silver lining in Trump’s trade war it is that as it roils regional supply chains, it is upping this urgency. Significantly, Xi in June is planning to visit Osaka, where this year’s summit of Group of 20 economies is being held. It will be the first visit by a Chinese president in more than a decade.

China’s role in bringing Asia together is complicated. Its mercantilist policies and the leverage Beijing is amassing via the “Belt and Road” scheme are live concerns. But its stabilizing role is unmistakable as Xi’s aggressive stimulus gains traction.

“While the Trump administration amps up its trade rhetoric, China, unlike its more sickly condition last year, is suddenly more important to global economic health than the US,” says market analyst Dion Rabouin of Washington-based Axios.

Sure, all that debt could prove problematic in 2020. But the bigger worry is how Trump’s White House is looking to juice its economy at Asia’s expense. It’s high time the region circled the wagons. Recent events in Fiji suggest “America first” is catalyzing an “Asia first” rejoinder.