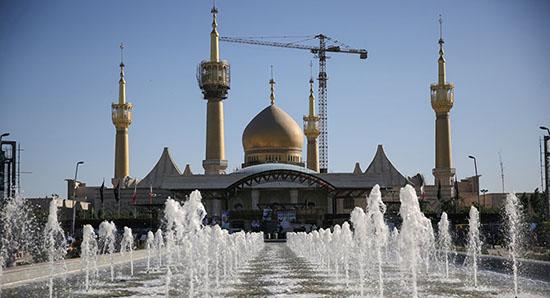 The statement comes a few days after the US slapped a new round of sanctions on Iran’s steel, iron, aluminium and copper sectors following Tehran’s move to suspend some of its obligations under the nuclear deal in light of Washington’s decision to intensify restrictive measures.

Speaking to Bild newspaper, US Ambassador to Germany Richard Grenell warned that companies involved in business with Iran could be blocked from the US market.

“You can do as much business as you want in Iran, but we have a say with regards to your visa. Because if you do something, we’re not going to agree to let you enter our country”, he warned.

Grenell also slammed German politicians for their reluctance to stick to Washington’s demand to spend 2 percent of the country’s gross domestic product on defence.

“That someone says you need to reform NATO, but not strive for the 2 percent, I find hypocritical. Another thing that surprised me a lot is how many German politicians try to pretend the 2 percent goal is only a target and not a real obligation,” he said.

In addition, Grenell expressed surprise at “how hesitant the Germans are to flex their muscles in Brussels and on the world stage” given that the country has “the strongest economy, phenomenal workforce” as well as “the best ingenuity, creativity and entrepreneurial spirit”.

His remarks comes after US President Donald Trump signed an executive order on Wednesday imposing sanctions on Iran’s iron, steel, aluminium and copper sectors that “may be used to provide funding and support for the proliferation of weapons of mass destruction, terrorist groups and networks, campaigns of regional aggression, and military expansion”.

Trump warned that further sanctions may be slapped on the Islamic Republic “unless it fundamentally alters its conduct”. He added that the US was putting “other nations on notice” not to import Iranian metals.

Earlier that day, Iranian President Hassan Rouhani submitted a letter to the Joint Comprehensive Plan of Action (JCPOA) signatory states, notifying them that Tehran would give them 60 days to return to the negotiating table and ensure that Iran’s interests are protected under the agreement.

Otherwise, Tehran will resume higher uranium enrichment, according to Rouhani. He stressed that Iran has no intention to withdraw from the agreement completely.

On 8 May 2018, Trump announced Washington’s withdrawal from the 2015 Iran nuclear deal, also known as the JCPOA, and that it was reinstating sanctions on Tehran, including secondary ones against companies and the financial institutions of countries that do business with the Islamic Republic.

All the other signatories, including Russia, China, Germany, France, the UK, and the EU, refused to follow the US example at the time, confirming their commitment to the JCPOA.