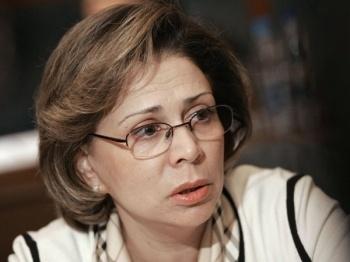 News.az-The Irina Rodnina Figure Skating Centre in Yerevan was renamed at the request of the Luys opposition faction of the Yerevan Council of Elders, press secretary of the Moscow mayor’s office Hakob Karapetyan said.

The project was prepared by the Luys faction, after discussing the issue with all interested parties, including the school sponsor.

The opposition faction’s initiative is linked to Rodnina’s recent visit to Baku, where she along with other Russian parliamentarians and experts took part in a march dedicated to the Khojaly tragedy, as well as made a number of statements, including advised the Armenian public to draw conclusions from the Khojaly events, which were considered “offensive to the people” in Armenia.

The Irina Rodnina Figure Skating Centre was opened in Yerevan in December 2015 with Russian hockey players and figure skaters conducting there master classes, including the Olympic champion herself.