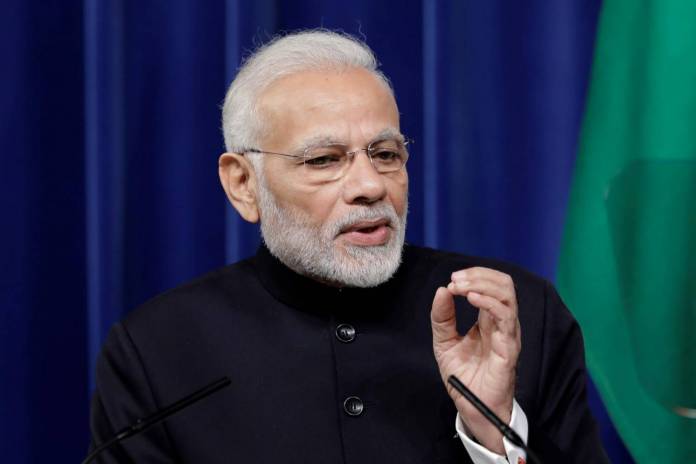 Indian Prime Minister Narendra Modi earlier personally gave the green light to carry out airstrikes on a suspected terrorist camp in Pakistan’s Balakot in late February despite bad weather conditions because he believed “the clouds could actually help our planes escape the radars” and “provide us much needed cover”.

Indian opposition parties have taken a swing at Prime Minister Narendra Modi for saying that cloud cover could help the country’s warplanes evade Pakistani radars during the Balakot strikes in late February, with politicians slamming his remarks as “ridiculous” and “irresponsible”.

In a series of tweets, the leader of the Communist Party, Sitaram Yechury, blasted the prime minister for “insulting” the Indian Air Force and making it appear as if the military is “ignorant and unprofessional”.

In a follow-up tweet, Yechury wrote that national security “is not something to be trifled with. Such an irresponsible statement from Modi is highly damaging. Somebody like this can’t remain India’s PM”.

The leader of the opposition in Jammu and Kashmir’s legislative assembly, Omar Abdullah, couldn’t remain on the sidelines either and sarcastically took a jab at Modi on Twitter:

Salman Soz, a member of the Congress Party, has likewise roasted the prime minister over the statement, saying that if Modi truly believes that clouds could help the jets stay off the radar, then “it is a very serious security issue”:

The Congress Party itself sneered at Modi, tweeting “He resorted to empty rhetoric during his five-year tenure hoping cloudy weather would keep him off the radar”.

During an interview with the TV channel News Nation on Saturday, Modi said “Experts were re-thinking the airstrike due to bad weather, but I said, so much cloud cover and rains could be beneficial. Maybe we could escape their radar. This was my raw wisdom, I said there could be a benefit. Ultimately I said, there’s cloud cover, please go ahead”.

On 26 February, the Indian Air Force conducted an air raid on a suspected Jaish-e Mohammad terror camp in Balakot, Pakistan-administered Kashmir, that allegedly killed hundreds of militants and destroyed a number of facilities.

Islamabad has denied the existence of any such camps in the area, with media citing locals as saying that besides hitting some 15 pine trees, only one elderly villager was hurt in the air raid.

Historically tense relations between India and Pakistan have been simmering since Pakistan-based terrorist group Jaish-e Mohammad allegedly claimed responsibility for a suicide attack on a convoy with Indian security forces on 14 February that killed over 40 soldiers.