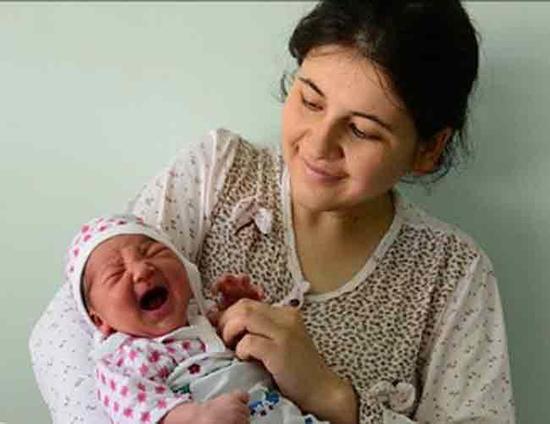 Sam Husseini says the origin of Mother’s Day has largely been obscured, helping pave the way for Trump’s embrace of women warriors and bearers of “the next generation of American patriots,” with a hint of the Nazi “Mother’s Cross.”

In response to Georgia’s new anti-abortion law, the actress Alyssa Milano ?on Friday tweeted: “Our reproductive rights are being erased. Until women have legal control over our own bodies we just cannot risk pregnancy. JOIN ME by not having sex until we get bodily autonomy back. I’m calling for a #SexStrike. Pass it on.”

The same day, Donald and Melania Trump hosted a celebration of military mothers at the White House.  Said Trump: “To the active-duty moms here today: We thank you for your courage, and we applaud your noble service. You have two of the most important jobs in the world: bravely defending America from our enemies and helping to raise the next generation of American patriots.”

While Trump focuses on Mother’s Day, Milano harkens back to the sex strike in the ancient Greek play Lysistrata by Aristophanes.

“We will not have questions decided by irrelevant agencies. Our husbands shall not come to us reeking of carnage for caresses and applause. Our sons shall not be taken from us to unlearn all that we have been able to teach them of charity, mercy, and patience. We women of one country will be too tender to those of another country to allow our sons to be trained to injure theirs. From the bosom of a devastated Earth a voice goes up with our own, it says ‘Disarm! Disarm!’ The sword of murder is not the balance of justice. Blood does not wipe out dishonor, nor violence indicate possession. … ”

Howe references Lysistrata in one of her lectures:

“Barring the indecencies which belong to the common taste of the time, and which are largely omitted in translations, the Greek of Aristophanes does not appear to me very damaging to our position as advocates of the rights of women. In one of these plays, Lysistrata, the women of Athens, weary of the absence of their husbands in the Peloponnesian war, take the negotiation of the peace into their own hands. Lysistrata, the leading spirit among them, has summoned together the women from various parts of Greece, with the view of wresting the management of public affairs from the hands of the men entrusted with them and of putting an end to the sinuous and devastating war. Whether intentionally or not, Aristophanes puts very sensible reasoning into the mouth of this leader among the women.”

Part of Lysistrata’s genius is that she reached out to women of other city-states, including Athen’s main rival, Sparta. The sex strike in Lysistrata targeted men on both sides of the war.

At one point in the play, Lysistrata leads a group of women to seize control of the Acropolis, which stores the financial reserves of the Athenian state.  She and a government magistrate are in a stand off. He asks: “Is it money that’s the cause of war?”

Lysistrata avoided arguments which are now commonplace about government having “bungled” its way into war and instead escalates her accusations against the politicians:

“Yes, and all the rest of the corruption. Peisander [a leading Athenian politician, suspected of favoring the war for selfish reasons] and our leading politicians need a chance to steal. That’s the reason they’re always stirring up disturbances. Well, let the ones who wish to do this do what they want, but from this moment on they’ll get no more money.”

Valarie Ziegler, author of of Diva Julia: The Public Romance and Private Agony of Julia Ward Howe, has written:

“Howe, now remembered for writing the words to ‘The Battle of the Hymn Republic,’ was absolutely committed to the Civil War. … But by 1870, she began to look critically at war, particularly at war between nations. By this time, she was also very interested in the women’s movement and women’s suffrage. So, she began thinking of what might be possible for women to do on behalf of humanity. …

“She would in time hold peace conferences both in the United States and in Britain. … And so, Mother’s Day originally was not a day when dad cooked and you went to church, and the ladies got applause and everything. It was really a day for women to come together and to call men and the world to see the necessity for living in peace, rather than giving into the ravages and aggressions of war.”

That origin of Mother’s Day has largely been obscured, helping pave the way for Trump’s pronouncements to embrace women as warriors — and as bearers of “the next generation of American patriots,” with a just a hint of the Nazi “Mother’s Cross.”

Milano recently tweeted a 2017 article: “History shows that sex strikes are a surprisingly effective strategy for political change.” The piece states: “Calls to end misogyny and sexism will always be necessary — especially while we have a self-admitted ‘pussy grabber’ in the Oval Office. But in order for a sex strike to succeed in the U.S., it must be inclusive, with a specific goal in mind. Otherwise, we’ll just be treading water.”

Treading water seems to be a specialty of politicians. The goal of much of the political establishment is to keep partisan hatred at a sufficiently high level. Among other things, it facilitates lesser-evilism, the dominant tactic of ensuring the bases of each major political party ask preciously little from their party, since the other is deemed so awful. And it usually is.

But that may seem as long ago as ancient Greece to some.

Certainly, both Mother’s Day and Lysistrata can be criticized for appearing to depict women as wombs or vessels of pleasure. But they are largely about women asserting themselves in the formation of societies. A refrain in Lysistrata is the dumbfounded male reaction: How dare you women assert yourselves on this serious man’s business of war?

The Mother’s Day Proclamation outright challenges the legitimacy of institutions that enable war.

The power of Mother’s Day and Lysistrata are their remarkable universal appeal and connection to the Feb. 15, 2003 global protests against the Iraq invasion — when the peace movement was viewed as the “second super power.” Indeed, Lysistrata was widely preformed widely during the buildup to the 2003 invasion.

The U.S. is at war in so many countries—Afghanistan,SyriaandIraq,Yemen,Libya,Somalia,placing deadly sanctions on Venezuela and Iran and continuously backing Israel’s ceaseless aggressions that it may be difficult to keep up.

It’s like fish and water. You want to know about U.S. and war? You’re swimming in it.

Traditions which might help lead us out of it — like Mother’s Day and Lysistrata — are being obscured by those who would control the culture and, consciously or not, ensuring war’s perpetuation.

Sam Husseini is an independent journalist, senior analyst at the Institute for Public Accuracy, and founder of VotePact.org, which encourages disenchanted Democrats and Republicans to pair up. Follow him on Twitter @samhusseini.