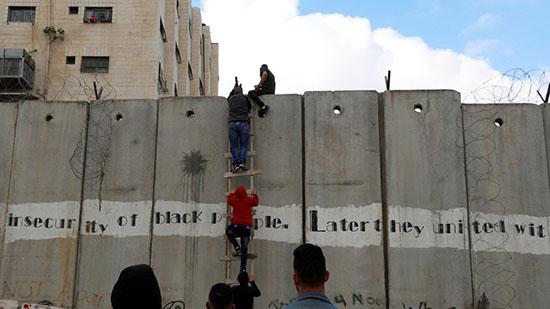 The US peace deal for the Middle East includes establishing Israeli law over the Jewish settlements in the occupied West Bank, an Israeli TV channel has reported. The condition has been a no-go for Palestine.

More than two years in the making and bogged down by delays, the Trump administration’s “peace deal” for Israel and Palestine is finally expected to be unveiled next month. With that day approaching, parts of the draft, shrouded in a thick veil of secrecy, have been leaked to media, confirming the general expectations of it being heavily skewed in Israel’s favor.

The latest leak reported by Channel 12 on Sunday suggested that the deal envisages the implementation of Israeli civil law over its settlements in the West Bank, which are considered illegal under international law. The practice of rampant settlement construction has become a hallmark of Israeli Prime Minister Benjamin Netanyahu’s government. The PM, who is set to become the longest-serving Israeli leader this summer after his re-election last month, made the issue of Israel’s sovereignty over the West Bank settlements one of the core tenets of his campaign.

The new report is in line with an alleged draft of the plan reportedly leaked by Israel’s Ministry of Foreign Affairs to Israeli newspaper Israel Hayom earlier this week. According to the draft, a demilitarized ‘New Palestine’ state will be established, while all illegal settlements would be de facto annexed by Tel Aviv. Jerusalem, according to the draft, is set to become a shared capital of the two states.

Palestinian Authority President Mahmoud Abbas has long indicated that he will not sign any deal that does not envisage an end to the Israeli occupation and the creation of a sovereign Palestinian state with Jerusalem as its capital.

In Israel, left-wing opposition has cried foul over the proposed “deal of the century,” saying its blatant support of Netanyahu’s hardline policies leave no place for a Palestinian state – or for peace. Some right-wing lawmakers, on the other hand, are reportedly unhappy that it compromises too much, instead of fully annexing the West Bank.

The UN continues to view the Jewish settlements built on occupied Palestinian land as illegal under international law. The latest UN Security Council meeting on the issue took place as recently as Thursday and saw Palestinian and US envoys sparring over the issue.

Speaking at the meeting, Palestinian Foreign Affairs Minister Riad Malki called the proposed deal “not a peace plan, but rather conditions for surrender,” while US envoy Jason Greenblatt accused the council of anti-Israel bias.