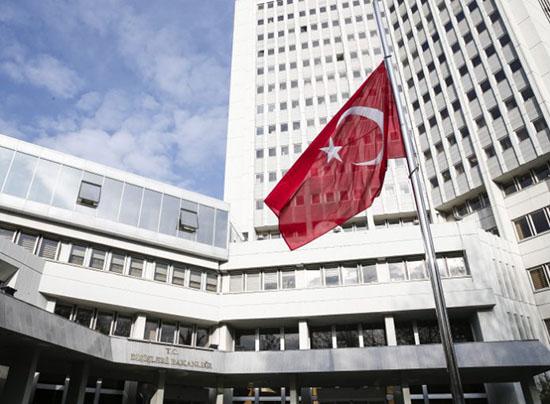 The Turkish Ministry of Foreign Affairs released a statement on Sunday in response to Germany’s call to remain committed to the UN Convention Against Torture (UNCAT).

“Turkey is a party to all United Nations and Council of Europe conventions against torture and ill-treatment,” the statement read. “‘Zero tolerance against torture’ policy is meticulously implemented since 2003.”

The statement came in reaction to accusations of torture by Turkish-German journalist Deniz Yücel, who on Friday testified in Berlin as part of an ongoing trial against him in Turkey.

Yücel claimed that he was subjected to psychological and physical violence during his one-year-long detention in Turkey and that Turkish President Recep Tayyip Erdoğan was personally responsible for what he went through.

After that, a spokesperson for Germany’s Federal Foreign Office urged Ankara to comply with the UN Convention Against Torture, without specifically mentioning Yücel’s name.

The Turkish Ministry of Foreign Affairs criticized the Foreign Office for “taking baseless allegations that aim to denigrate Turkey seriously.”

“Allegations by the person subject to the statement were previously investigated by the relevant Chief Public Prosecutor’s Office, which decided to not further prosecute the matter,” the statement read.

After his arrest in 2017, Yücel was held in pre-trial detention for a year without  a formal indictment. He returned to Germany immediately after his release.