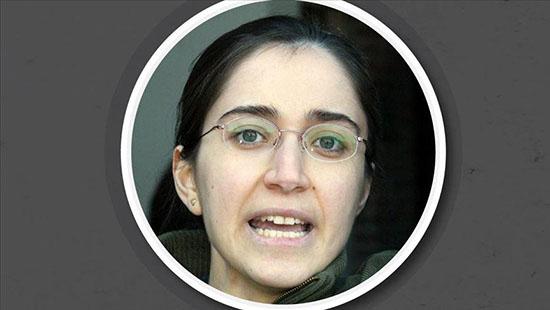 Belgium has added a Turkish terror fugitive on its most wanted list, local media reported.

Sudinfo.be, a Belgium-based Francophone news website, said Fehriye Erdal, 42, who is convicted of murdering a Turkish business tycoon in 1996, has been added to the Belgium’s most wanted list.

With the addition of Erdal, Belgian security forces are now looking for a total of 1,846 fugitives.

Sudinfo.be said that the Fugitive Active Search Team (FAST), a special team of police in Belgium, is tasked to search and arrest the fugitives.

It has been more than two decades since the assassination of one of the most prominent business figures in Turkey, and a prime convict in the murder is still at large.

Feb. 9, 2019 marked the 23rd anniversary of the assassination of tycoon Özdemir Sabancı of Sabancı Holding, Turkey’s leading financial conglomerate and one of the leading industrial groups.

DHKP-C militant Erdal and two of her associates – İsmail Akkol and Mustafa Duyar – murdered Sabancı, senior executive Haluk Görgun and secretary Nilgün Hasefe in a brazen attack on Jan. 9, 1996 at the Sabancı Center, the holding’s main headquarters in Istanbul.

Erdal fled Turkey following the murder and it was in 1999 when she resurfaced in Belgium’s Knokke city with a fake passport.

Belgium rejected Ankara’s extradition request for Erdal as the death penalty was still in force in Turkey back then. Erdal’s request for political asylum was also rejected by Belgium.

On May 25, 2016, a Brussels criminal court ruled that Erdal should be tried in Belgium over crimes she had committed in Turkey.

The criminal court reached a verdict in February 2017 in absentia, handing Erdal a 15-year sentence for her crimes committed in Turkey.