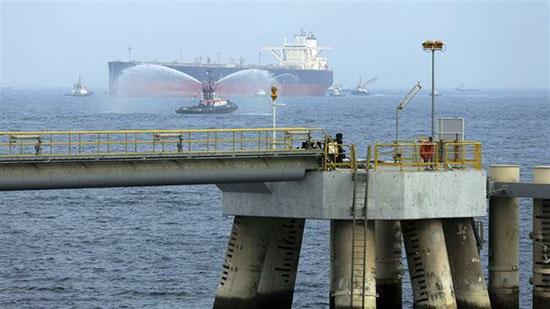 Saudi Arabia’s energy minister says two Saudi oil tankers were targeted in a “sabotage attack” on Sunday off the coast of Fujairah in the United Arab Emirates.

Khalid al-Falih said in a statement on Monday that the attack did not lead to any casualties or an oil spill but caused significant damage to the structures of the two vessels.

The announcement came a day after the UAE confirmed that four commercial vessels had been targeted by what it called acts of sabotage off Fujairah.

Falih said one of the two tankers had been on its way to be loaded with crude oil from Saudi Arabia’s Ras Tanura oil terminal in the Persian Gulf for customers in the United States.

The attack, he said, aimed to “threaten the freedom of maritime navigation and the security of oil supplies to consumers around the world.”

The international community has joint responsibility to maintain the safety of maritime navigation and the security of oil tankers, Falih added.

His statement appeared to have been coordinated with the UAE which on Sunday said, “The international community should carry out its responsibilities to prevent any parties trying to harm maritime security and safety, which would be considered a threat to international safety and security.”

The cause of the explosions has not been ascertained and there has been no claim of responsibility, but speculations range from drone or missile attacks from Yemen, to possible dropping of bombs by US forces to ignite tensions in the region.

Iran on Monday voiced concern about “adventurism by foreign players” to disrupt maritime navigation in the Persian Gulf region, describing the incident as “lamentable” and “worrying” and calling for thorough investigations.

Fujairah port is the only terminal in the UAE located on the Arabian Sea coast. The small emirate has an oil terminal and a pipeline that delivers crude oil from Abu Dhabi which sits on the majority of UAE oil reserves.

Abdel Bari Atwan, the editor-in-chief of Rai al-Youm news and opinion website, said, “The incident has raised a big question that remains to be answered: Who was behind this act of ‘sabotage’? Was the fire caused by a barrage of missiles or rather, it was the work of highly skilled military divers who planted naval mines on the ships?”

The timing of this incident, the prominent journalist wrote, is also significant because on Saturday, the US Maritime Administration warned that Iran might target American commercial vessels including tankers.

“What is certain is that before we can analyze America’s reaction to the Fujairah incident in the Sea of Oman, we have to wait for more information on the nature of what happened and the people who caused it.

“We need to know if the perpetrators belonged to Yemen’s Ansarullah movement, which has on many occasions threatened the UAE with attacks on its soil in retaliation for the sheikhdom’s cooperation with Saudis in the war on Yemen.

“There is also the possibility that some sleeper cells in the region, or even Israeli forces, have pulled off the act in order to make the most out of the ongoing tensions in the Persian Gulf region and trigger a military confrontation,” Atwan said.

Richard Silverstein, a journalist and political commentator based in Seattle, said the incident more than anything spoke to the volatile situation in the region following America’s recent decision to reinforce its military presence there.